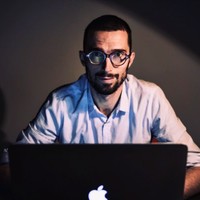 For more than 15 years Mauro Gatti has been at the forefront of new media design, creating award-winning content with a sharp focus on humorous creativity that resonates with audiences across the world.

In his current role, Mauro serves as chief creative officer at JibJab where he oversees the creative direction and works to further evolve the JibJab brand’s content library. Since joining in 2016, Mauro has been instrumental in bringing innovative new ideas and viral content to millions of subscribers across the world.

Prior to joining JibJab, Mauro served as digital creative director for StoryBots, an award-winning educational entertainment broadcast program for children. His work on StoryBots received an Emmy Award for Outstanding Interactive Media.

Mauro also brings a unique business acumen to the JibJab team. While living in Italy, Mauro co-founded Mutado, a creative studio based in Milan. As co-founder, Maruo helped grow the studio into one of the most influential studios in the country, building a team of nearly 50 people and a portfolio of clients such as MTV, Nike, Disney, Diesel, Nickelodeon, Barilla, Vans, Red Bull and Vogue. Mutado would eventually be purchased by the DeAgostino Group, the leading European publishing company, after several successful growth years. After the acquisition, Mauro was named global digital creative director where he was responsible for leading innovative digital projects across 14 countries.

In 2018, Mauro launched The Happy Broadcast, a counter hate and fear culture project that features illustrated positive news from around the world. The project so far has gained an audience of more than 600,000 followers on social media.

In addition to his love for creativity and happiness, Mauro’s passion is in managing creative teams of all sizes and mentoring team members in their efforts to achieve their full potential.