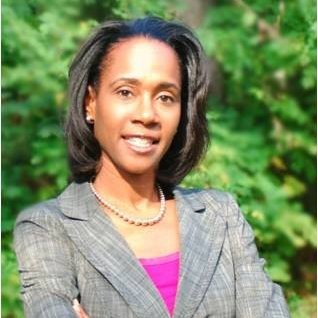 Kheri Holland Tillman is the Vice President Global Brand Development at HARMAN, where she is responsible for global brand development across all HARMAN brands. She leads the creation of consumer communication through advertising, creative, media and PR. Additionally, Tillman drives the development of platforms and partnerships for the company’s premium audio brands and technologies, including JBL and harman/kardon.  During her tenure, JBL has become the #1 portable speaker brand in worldwide sales and consumer awareness of the brand has increased by 71%

With more than 20 years in marketing and sales, Tillman has a proven track record of pairing brand strategies and activation ideas to reach audiences, increase sales and influence the adoption of brand lifestyles. Soon after joining HARMAN in 2013, she oversaw the first-ever marketing partnership with a professional sports organization, which resulted in JBL being named the official headphone, speaker and audio partner of the NBA. In another company first, Tillman orchestrated JBL Fest, a three-day immersive experience for worldwide consumers, customers and partners to truly live the JBL brand through VIP performances and activations. She also helms HARMAN’s talent partnerships and sponsorships with major musicians and athletes, including Quincy Jones, NBA MVP Giannis Antetokounmpo and several European soccer players and artists.

From Jell-O and Crystal Light to Amstel Light and Heineken, Tillman has elevated the popularity of several brands throughout her career. Her successes include the “Epic Cord Fail” campaign, supporting JBL’s Synchro wireless headphones launch, and the iconic “The Most Interesting Man in the World” initiative for Dos Equis. Under her watch, Dos Equis became the fastest-growing import in the US. The brand won multiple industry awards including an Effie, a One Show Pencil, a Titanium Cannes Lion and a Reggie Award. In 2010, Tillman was tapped by Dos Equis parent company Heineken to become Vice President of Trade Marketing and Sales Strategy, a newly formed department responsible for Trade Marketing Activation, Marketing Services, Regional Marketing, Sales Strategy and Planning, and On Premise & Draught Strategy.

Tillman is a graduate of Spelman College, where she received a Bachelor of Arts in Sociology. She received a Master of Business Management from the J.L. Kellogg Graduate School of Management, Northwestern University. She currently resides in Westchester County, N.Y. with her husband and their three children.