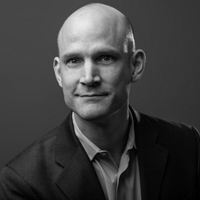 SVP, National Head of Search and Paid Social, 360i

Jason Hartley is SVP, National Head of Search and Paid Social at digital agency 360i, where he oversees search strategy, paid search and paid social best practices for marketers such as Spotify, Pernod Ricard, Capital One, FOX and JCPenney. Jason has appeared in a number of media outlets such as Direct Marketing News and Search Engine Journal. His book, The Advanced Genius Theory (Scribner), was also featured in The New York Times, The Wall Street Journal and Entertainment Weekly. Prior to 360i, Jason was a media manager at Hachette Filipacchi Media, managing the email and SEM programs for publications like Elle, Woman’s Day, Car and Driver and Road and Track. Before Hachette, he served as editorial director for the dELiA*s catalog, website and stores. Jason graduated with a BA in English Language and Literature from the University of South Carolina-Columbia.