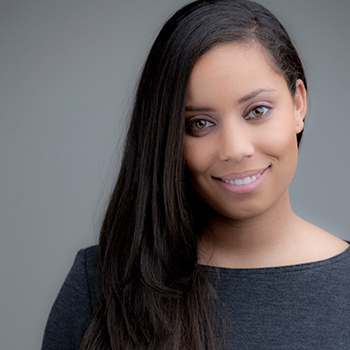 Erin Goldson is a Brand Manager at Unilever – where she is in a hybrid role working on both the Dove Hair Innovation and Dove Masterbrand (Purpose) Engagement teams.

In her current role helps lead Doves purpose driven communications, with a specific focus on championing the CROWN (Creating and Respectful and Open World for Natural Hair) Act. The ambition of the CROWN ACT is to foster beauty inclusivity and to prohibit schools and workplaces from discriminating against people based on their natural hairstyles. To date, the CROWN Act has been passed in seven states, including California, New Jersey, New York, Virginia, Colorado, Washington State and Maryland. Erin is extremely passionate about her purpose work on Dove and is committed to making the CROWN Act Law nationwide. In addition, Erin led the creation and development of Amplified Textures, a new range of haircare products from Dove crafted specifically for black women with textured curls, coils and waves. In her hybrid role Erin’s work spans new product innovation and development, brand communications, grass roots events and legislative strategy.

Prior to joining Unilever, Erin worked at American Express on the Platinum Card, where she helped develop premium benefits for card members and helped create marketing campaigns for Platinum card members. She began her career on the agency side at Ogilvy & Mather where she worked on the Marketing Strategy team on brands such as IKEA and British Airways. She was also a founding member of OgilvyCulture, a new division that focused on serving multicultural consumers, something that did not exist prior to her joining Ogilvy. Erin was featured in the New York times along with the other founding members for her work on this.

A native of Washington, DC, Erin graduated from the University of Virginia in Charlottesville, Virginia with a Bachelor of Arts in English. She also attended Columbia Business School. She currently lives in New York City and loves to travel. Some of her favorite destinations are the Philippines, Bali & Martha’s Vineyard!