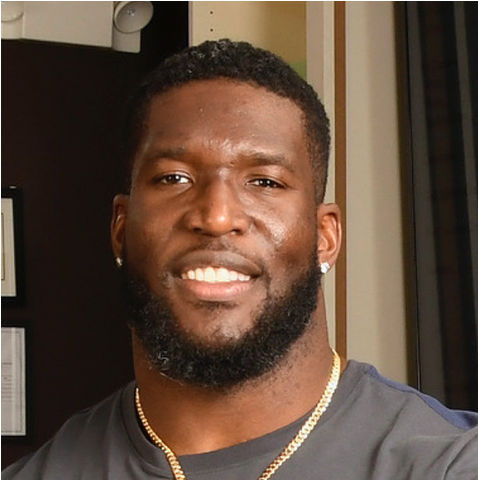 Four-time Pro-Bowler Brian Orakpo’s impressive professional football career spanned 10 seasons in the NFL, including stints with the Washington Redskins and the Tennessee Titans. After announcing his retirement following the 2018 season, Orakpo has since emerged as a zealous entrepreneur with a burgeoning television career. He is recognized most recently as a cupcake guru, opening up a Gigi’s Cupcakes franchise in his hometown of Beecave, Texas with his friends, fellow NFL standout Michael Griffin and college classmate Bryan Hynson. Brian Orakpo also partnered with former teammate Jamal Charles to start the 5-Star E-Sports Arena.

While with the Redskins, Orakpo’s endorsement contracts included one he signed in August 2011 with Geico, and he appeared in several commercials with the company’s signature “caveman” spokesperson. Orakpo also appeared in several commercials for Eastern Motors, a D.C. area car dealership. Orakpo had an impressive six seasons with the Redskins before signing with the Tennessee Titans. As a Titan, for four seasons Orakpo started in every single game except three due to an elbow injury, before retiring at the end of 2018.

Orakpo’s charismatic agility and keen instincts have served him well throughout the years as a football player, entrepreneur, and most recently star of a hit Microsoft commercial with his friend and former teammate Michael Griffin. Besides being an unconventional pastry chef running his cupcake business alongside his partners, Orakpo also has his hand in several other business ventures including one with his brother Mike Orakpo. The Orakpo brothers partnered together to launch an app called Athlete Connect, which is positioned to be the Uber of athlete training, serving as a hub in which trainers can connect with athletes seamlessly. Orakpo and his wife Bitura reside in Austin, Texas with their three children.