Verizon is looking to the past to promote the future of communication technology during its fifth year of Super Bowl advertising. 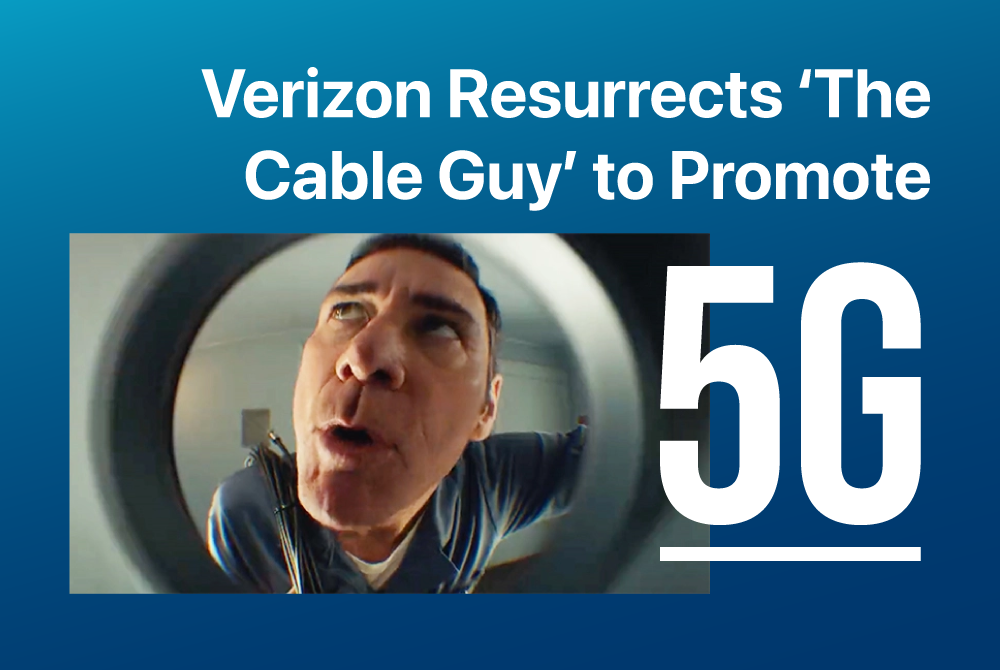 Verizon is looking to the past to promote the future of communication technology during its fifth year of Super Bowl advertising.

During the game, the company, which is the “Official Technology Partner” and the “Official 5G Network” of the NFL, will air a commercial featuring Jim Carrey in his “Cable Guy” role. A teaser for the commercial depicts the character re-enacting his iconic introduction from the 1996 film, announcing his presence as viewed through a door peephole. While details on the in-game spot were not available, its message will be to educate the public about Verizon’s 5G home and business internet offerings’ ability to connect multiple devices to ultra-fast internet.

To further prove those capabilities, Verizon has signed on as a secondary sponsor of Pepsi’s Halftime show, promising an immersive second-screen experience from which fans can watch the anticipated show. Using Pepsi’s Halftime mobile app, the performances by Dr. Dre, Eminem, Kendrick Lamar, Snoop Dogg and Mary J. Blige will be streamed in real-time across Verizon’s 5G network using 360-cameras placed throughout the stadium, field and stage, giving fans access to vantages not available through the traditional television broadcast.

“The [promo] is so much more than just a second-screen experience, it lets fans feel as though they are on stage with the artists,” said Verizon CMO Diego Scotti, in a statement. He added that the experience will “enhance” the event, “opening the doors for the future of live events.”

“Since most people already consume content on their mobile devices while watching the game on TV, we thought it was a great opportunity to create a new, immersive way for fans to experience the performance,” added Todd Kaplan, vice president of marketing in a statement.

Verizon is also using its 5G network to enhance the in-stadium experience as well. The brand is offering a “multi-view” option in the NFL’s Ticketholder app that will give attendees an opportunity to view the game from seven different angles, project AR stat overlays on players and access instant replay. The brand is also partnering with Snapchat to create an augmented reality game in which fans can connect via the app to team up and attempt to take control of a giant virtual airship hovering above the field.

Finally, Verizon announced it has spent $119 million throughout Los Angeles and Inglewood upgrading the area’s network in preparation for the game. That expenditure included the construction of 169 new small cells, four new macro cell sites and 24 new in-building systems.

The company also announced it would donate $1 million to the University of Southern California’s Iovine and Young Center in honor of halftime headliner Dr. Dre. USC’s center will be a key partner of a new magnet school being established by the rap artist and music executive Jimmy Iovine set to open in fall 2022.