Pent-Up Demand Will Drive the Success of Movie Theatre Industry

Brand Innovators is exploring what reopenings look like across different sectors of the economy. This week we explore Movie Theatres. 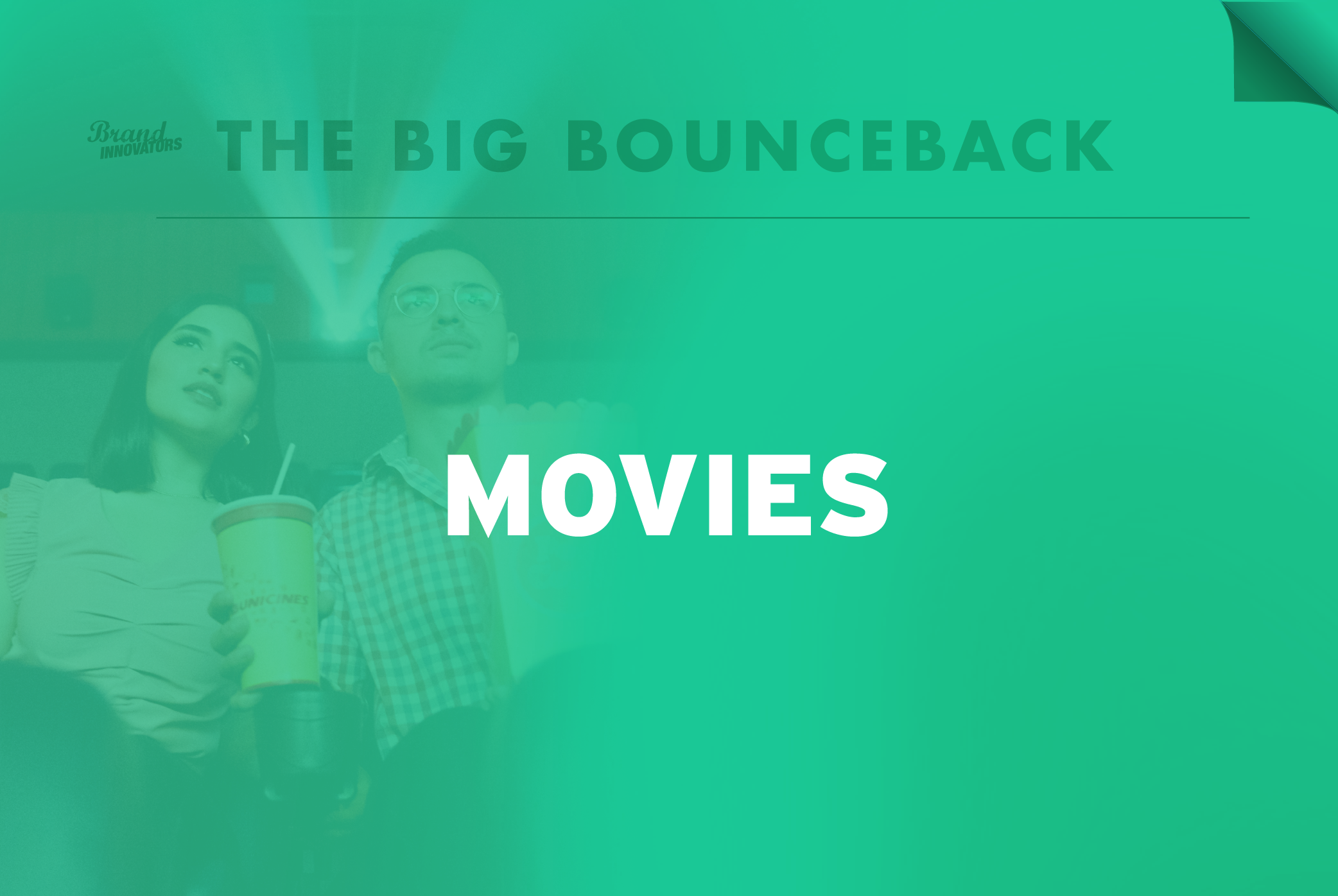 In March 2020, movie theatres closed nationwide with no clear path ahead. By the end of the summer, theatres began to open with limited capacity. However, despite stringent safety measures and pent up demand for the movie experience, the theatrical exhibition industry has had a slow rebound in the US.

For most theatres, consumer health and safety was the top priority when it came time to plan for reopening. “Given the pandemic environment, we discussed how to bring movie-goers back safely and confidently,” said Ryan Noonan, VP Corporate Communications at AMC.  “We reached out to a number of public health experts and consulted with them. We developed a plan called AMC Safe and Clean which we implemented in all theatres nationwide. We were advised by the top public health experts in the country, such as current and former faculty from the Harvard School of Public Health and executives at the Clorox company. That became the cornerstone to our reopening plans. We had to make movie-goers aware of these new policies set in place, to make them feel confident about coming back to the movies when they feel ready.”

So far, AMC Safe and Clean has been a smashing success. The plan encompasses mandatory mask wearing, hi-tech solutions like HEPA vacuums, better air filtration systems, enhanced cleaning and sanitization, automatic seat-distancing, and guidelines for employees. “Today, 99% of our US circuit is reopened. In late August through now, there has not been a single case of reported COVID transmission among guests at AMC Theatres,” Noonan told Brand Innovators.

Other theatres have taken a similar approach. The Cinemark has released the details of their safety plan, The Cinemark Standard, which includes extensive employee training, and a new ‘Chief Clean and Safety Monitor’ on duty to ensure the highest standards of safety. Regal Cinemas has implemented their own plan as well called CinemaSafe.

However, as of March 2021, many consumers still don’t feel comfortable going back to the movies, especially when they can still watch the same titles from the comfort of their own homes. Only about 30% of adults in the US want to return to theatres this spring. Overall, parents and millennials feel more comfortable returning to theatres compared to the general population (Morning Consult).

Although many consumers still can stream new movies from their couches – on Disney+ or HBO Max – nothing beats watching a high-budget action film on the big screen. Godzilla vs. Kong, released on HBO Max and in theatres on March 31st, has been the biggest box office success since the start of the pandemic. The film made $80 million domestically and over $350 million globally. Mortal Kombat, which came out on HBO Max and in theatres on April 16th, also just secured a dominating box office opening weekend of over $20 million. As vaccinations increase, consumers can look forward to going to theatres for more anticipated movie releases such as Cruella, A Quiet Place II, and Black Widow.

Unfortunately, the future success of the theatrical exhibition industry is not just in the hands of the theatres. Movie studios play a large role in the rebound of this industry as well. Through the pandemic, many studios continue to delay the release of blockbuster films.

“Exhibitors don’t control their own destinies,” says Eric Wold, Senior Analyst at B. Riley Securities. “They don’t make their own films or distribute their own content, they are at the whim of studios. Studios must continue to make films available, keep the slate intact, and don’t push films out too much later. I understand why studios would want to do that right now, because they want more eyeballs. They need to keep the films coming to the theatres and giving consumers a reason to leave their house. That will drive the success of the recovery.”

Thankfully, movie theatres aren’t just relying on studios to release new films, they’re also enticing consumers with the opportunity to privately rent theatres and screen classic films. AMC and Cinemark are offering private theatre rentals for groups of up to 20 people. Alamo Drafthouse is stirring up consumer excitement with themed content each Month. This May is “Mums, Musicals, and Marty,” and the Texas-based theatre will be showing classic films about mothers or mummies, fan-favorite musicals, and Martin Scorscese’s best works.

Movie industry analyst Eric Wold believes that pent-up demand will drive growth during this upcoming spring and summer. “In international markets that reopened earlier like China, Japan, Australia, there was a huge amount of demand for movie-goers to get back into theatres and see big blockbuster films, stuff that isn’t available on their streaming platforms at home,” says Wold. “We are starting to see that a little bit in the US. and we will see that more and more as this year plays out. We remain confident that, over the next couple of years, the industry can get back to where it was pre-pandemic and be just as successful.”

As vaccinations increase this spring, AMC feels optimistic about the state of the movie industry. “Families want to get out of the house, couples want to go on dates, and friends want to go out and see a movie together. There will continue to be a huge demand for movie-going in this country and around the world,” says Noonan. “Vaccinations play such a large role in this as well. As people get vaccinated and case numbers drop, they will feel more confident about venturing out of the house and movie theatres will be a wonderful place for them to come, relax, and enjoy a few hours.”