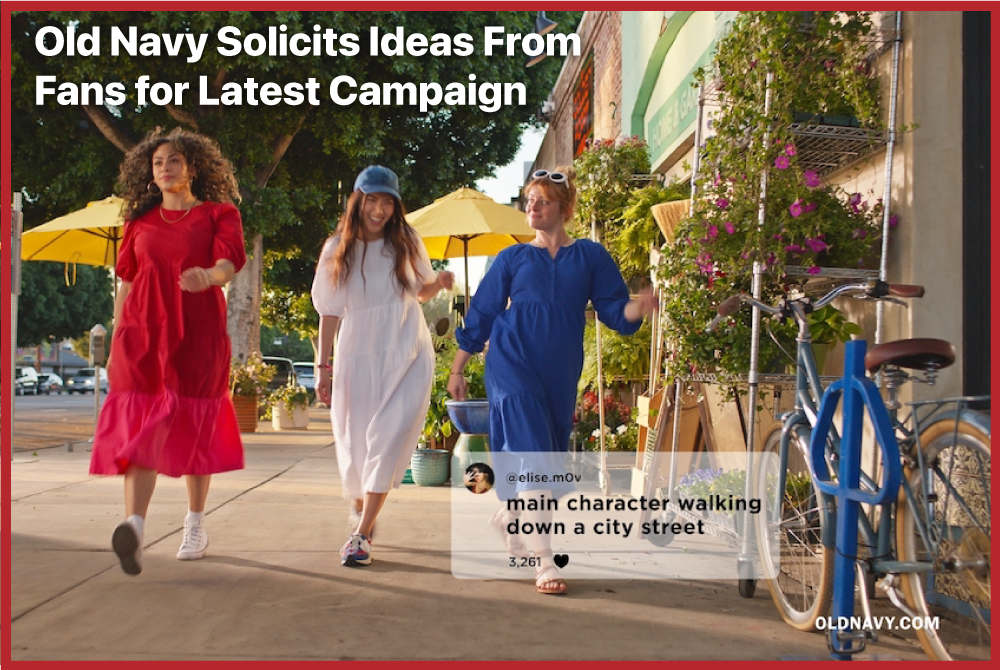 “Old Navy believes in the democracy of style and service and providing access to great fashion for all,” said a company spokesperson in response to e-mailed questions. “We are constantly listening to our customers and evolving to serve them better – from our products to our shopping experience to our marketing.”

The first spot in the campaign (from agency The Martin Agency) debuts on Wednesday. The spot was inspired by a TikTok post from a user named Samuel Beasley. The post featured the high school senior nodding along to an upbeat music track that the young man thought would make a great Old Navy commercial.

More than 1,000 people responded to the post, commenting about what they would like to see in such a commercial, which gave rise to the campaign.

“We were inspired by the momentum of that organic conversation and wanted to bring the virtual dialogue to life, turning commenters into co-creators,” the spokesperson said. “We focused on crowdsourced comments that aligned with Old Navy’s brand filters of optimism, family and unexpected fun, and naturally integrated our hero spring fashion into the creative execution.”

The spot depicts a vibrant urban street. As the scenes play, the suggestions from the TikTok users (such as “main character walking down a street” or “I can see vibrant coordinated colors now” or “dads dancing”) appear in the center of the screen.

The company did ask the commenters for their permission to use the ideas and compensated them as writers, the spokesperson said. The new commercial will run in both digital and linear channels beginning on March 4.

The brand expects it will continue to use consumers’ ideas in upcoming commercials and campaigns, as well. “We are continuously seeking ideas from our Old Navy community - and beyond - that will inform future spots,” the spokesperson said. “Co-creation will continue to be a theme in our marketing, and it will show up in multiple ways, in broadcast and beyond, throughout the year.”