OkCupid is celebrating the return of in-person dating with a new global out-of-home campaign that highlights the range of different people that are using the app to mingle. 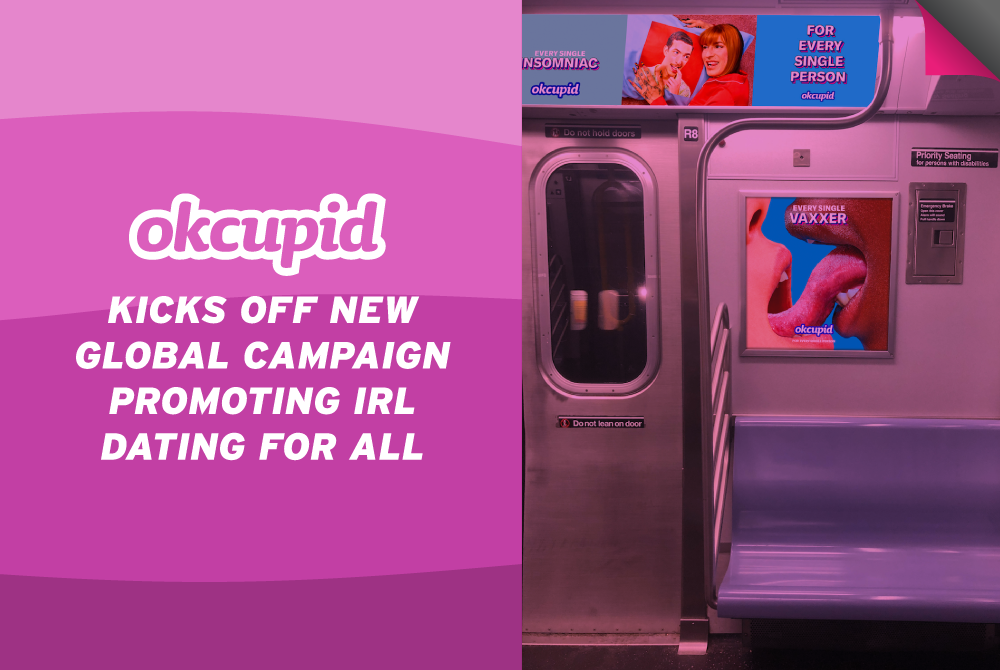 OkCupid is celebrating the return of in-person dating with a new global out-of-home campaign that highlights the range of different people that are using the app to mingle.

The ‘For Every Single Person’ campaign plays up the app’s inclusivity by highlighting the range of people in its community from nonbinary and pansexual to feminist, vegetarian and vaxxer.

“This summer we've seen a surge in dating,” said Michael Kaye Senior Global PR Manager at OkCupid. “There have been millions of matches and hundreds of thousands of conversations on OkCupid every single day this summer. People are looking for love, and we want to show every single person — from bookworms to introverts to romantics to submissives — that OkCupid is a place where they can each feel appreciated, loved and welcomed.”

Beginning this week, out-of-home ads will be featured in popular singles markets including: Chicago, Los Angeles and New York. The campaign will roll out in Europe next month.

“We've spent over a year at home, so it was important to us to show up where singles are socializing outside in major cities across the United States, and reminding them that we're here for every single person,” Kaye said.

“This campaign celebrates and highlights the people who are finding love every single day on OkCupid,” said Kaye. “We have always been an exclusively inclusive dating app, and it's been an honor to see our user base become more diverse with each year. This summer we’ve seen a nearly 20% increase in people who identify as non-binary joining OkCupid, and a 7% increase in users being open to non-monogamous relationships. Comparing last summer to this summer, there’s also been an 84% increase in daters identifying as pansexual.”

This campaign is an extension to the product work the brand has been doing since they first launched in 2004. The brand is known for standing up for the LGBTQ+ community, as well as for creating Black Lives Matters profile badges for community members.

“OkCupid has always championed all different kinds of people and relationships,” Kaye said. “We were the first dating app to expand our offerings to 22 gender and 20 orientation options, and we were the first major dating app to create a space on profiles for all our users to share their pronouns. We also expanded our identity options for LGBTQ+ daters this summer with support from the Human Rights Campaign so that this community had more ways to identify themselves and share what they are looking for in a partner.”