Continuing its efforts to make the general public more comfortable talking about menstruation and periods, Midol has launched a “social experiment” campaign that encourages women to tell the truth when they cancel plans or work because of their periods. 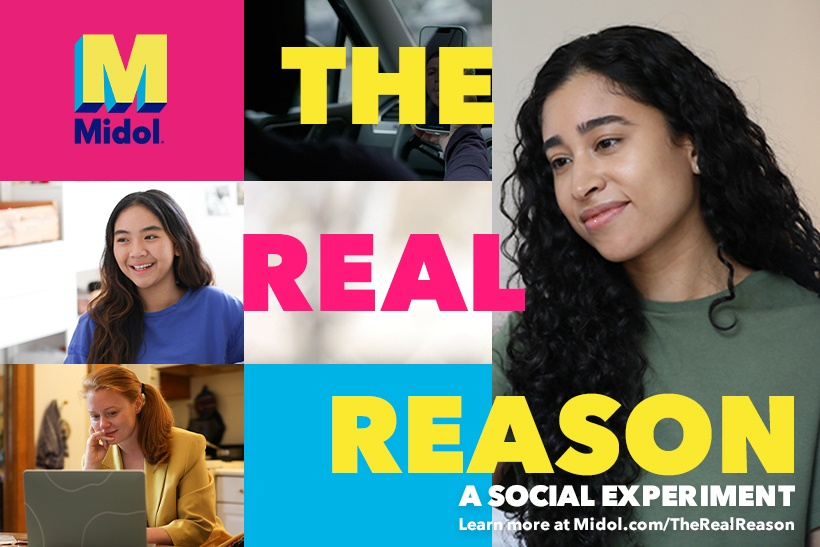 Continuing its efforts to make the general public more comfortable talking about menstruation and periods, Midol has launched a “social experiment” campaign that encourages women to tell the truth when they cancel plans or work because of their periods.

“The Real Reason: A Social Experiment” films women calling out of school, social, and work obligations due to period symptoms. In a video, the women first use a fake or more “socially acceptable” reason for backing out of their plans. “I got called into work,” says one. “I got food poisoning or something,” says another.

They then correct the record to say that they are calling out because of their period. Most are understanding, wishing the women well, and drawing upon their own experiences (and the experiences of women they know) to reschedule or return to work soon.. At least one, notably a man, wonders if the woman calling might be able to “push through.” Another, a woman, begrudgingly accepts the absence but notes that the girl calling needs to come to class.

Regardless, most of the callers express relief at having told the truth and having their reason for experiencing period symptoms reinforced as valid by the people they are calling. The spot ends with the women saying, “Your period is power. Honesty is power.”

“We want menstruators to feel the power in addressing their needs and the even greater power that comes from knowing their community will support them when they do,” said Kelly Fanning, general manager & vice president of pain and cardio at Bayer Consumer Health U.S., in a statement. “Our hope is this campaign helps normalize the conversation around period symptoms and help menstruators realize that speaking and acting on your period truth is powerful.”

The Real Reason campaign continues Midol’s messaging to normalize menstruation. Last year, the brand launched a campaign called “No Apologies. Period.” which encouraged women to stop apologizing for having their period. Earlier this year, Midol launched a brand campaign tagged, “Comfort is Power.” That campaign noted that menstruators experience periods every month often without acknowledgment or complaint. The spot ends with the characters taking some time for themselves and noting that that, in itself, is powerful.

Despite those efforts, the brand acknowledges that it still has a long way to go to normalize the conversation.  According to company research, only about half of people who have periods feel it is socially acceptable to cancel social and academic obligations because of their periods. In addition, only 43% of menstruators feel they know how to have a comfortable, open dialog about their periods with their peers.

“As menstruators, we feel pressure to hide or make excuses for our periods. For anyone who has experienced the debilitating and annoying period symptoms, they are not something you can just easily push through and ignore,” said Dr. Charis Chambers, OBGYN, who is a partner for Bayer and Midol, in a release. “This social experiment showcases the modern reality menstruators face and society’s reaction to the real reasons for needing a break.”