Marketing campaigns may be biased towards the brands that create them — they’re trying to promote their own products and services, after all — but Robert Redmond is working to ensure they can be developed based on objective data and analysis. 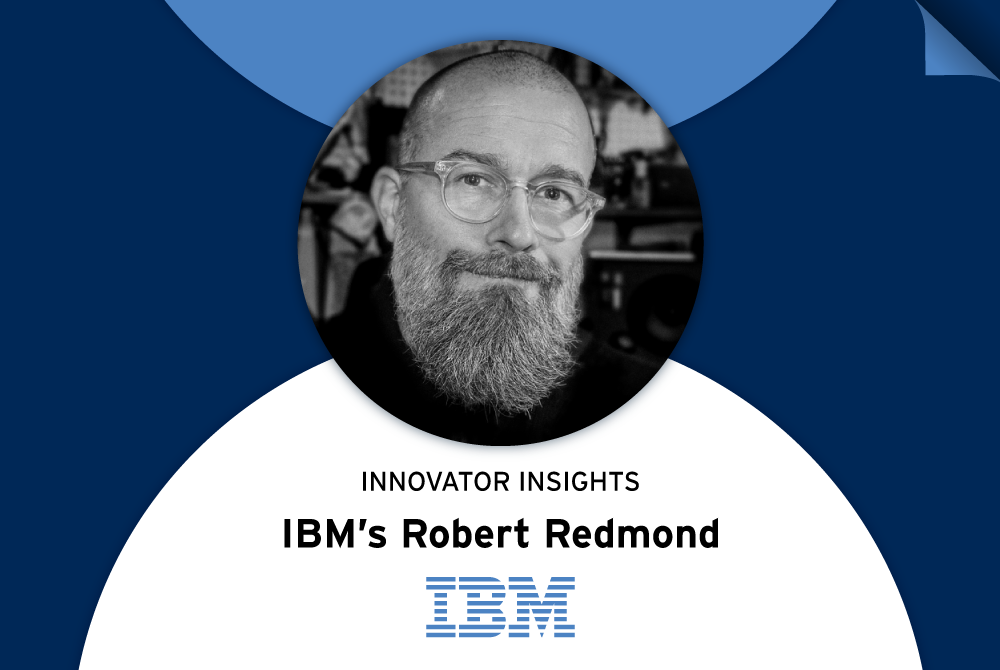 Marketing campaigns may be biased towards the brands that create them — they’re trying to promote their own products and services, after all — but Robert Redmond is working to ensure they can be developed based on objective data and analysis.

As an IBM Design Principal andHead of AI Ad Product Design at IBM Watson Advertising, Redmond is part of a team who is working on a six-month study of bias in advertising: whether that bias can be detected and mitigated by Artificial Intelligence, and what the downstream impacts are of doing so

The research is centered around campaign data, and will explore everything from the targeting to impressions lost, impressions served, predicted actions, conversions observed, and post-conversion actions.

Campaigns being studied as part of the effort include The Ad Council’s "It's Up to You,” which focused on helping Americans recognize the COVID-19 vaccination's urgency, safety, and vital importance.

Redmond said the study will look at what algorithms see beyond the available data through proxy characteristics to determine if unobserved variables impact campaign outcomes.This might include how existing signals like the standards of income or gender might contribute to biased outcomes. The team has already worked to identify 250 proxy characteristics — such as auto buyer and vehicle cost range, or homeowner and renter education levels — that can be combined to understand how an AI reacts to what it observes in the data. Redmond said these proxy characteristics are not deterministic but indicative of a characteristic like gender or an income.

"We started with a general hypothesis: If we employ some of the approaches IBM Research is pioneering to detect and mitigate bias more broadly, could we potentially increase value for advertisers while reducing the presence of unwanted impacts and systemic disadvantages,” Redmond told Brand Innovators. “As is the case in many complex research projects,  any results drive additional questions and explorations. While we have a hope to arrive at our hypothesis on detecting bias in advertising, we're not looking to engineer results.”

IBM Research has created a number of tools that are being used in the research around the creation of Trusted AI. AI Fairness 360, for example, is based on open source and can help examine, report, and mitigate discrimination and bias in machine learning models throughout the AI application lifecycle. The tools are intended to go beyond just identifying and mitigating bias, he added.

“There is work to automate and empower explainability, accountability, uncertainty quantification, and even exploration into AI for testing AI,” he said. “For AI to be trusted, it must respect our data and the insights about us and be transparent and explainable.”

Redmond  offered some additional context about the state of AI within advertising and where it’s headed:

Advertising Can Learn About AI Bias From Other Sectors

While the research Redmond and his team are leading will be focused on marketers, he pointed out there has been similar work done on to boost AI governance and mitigate the risk of bias in myriad industries. These include financial services, healthcare and even judicial systems.

In most cases, the real issue is not that AI will somehow act maliciously but that it will amplify the cognitive biases in human beings. This can happen as easily in advertising as anywhere else. He also pointed out that AI is being adopted among marketing teams at a time when brands may be trying to replicate the very things that are root problems with cookies and MAIDs. There is a real danger in using assumptions and best practices from the past to inform expectations and desired outcomes of the future.

“Brands are reflecting on their actions with great scrutiny, especially in the areas of privacy and data minimization. Bias mitigation aligns perfectly with the protection of individual rights and reducing the signals we collect and utilize,” he said.

Recognize Where Algorithms Are Focused — And What They Might Not See

Redmond said there are plenty of scenarios in marketing where improving the way AI is used could offer significant benefits. One example is bid optimization: algorithms are primarily focused today on performance and the signals that drive it, but Redmond noted they can be blind to the substance of the audience on which they’re focused. This could mean over-indexing on certain areas in an effort to optimize performance.

“What if a QSR brand was running a national campaign and the optimization algorithms saw initial action in lower-income metropolitan areas. Is there a possibility that the algorithm could over-optimize food deserts?” he asked. “Shouldn't algorithms be able to, at the very least, flag when these situations arise? This feels like a possible path that could enable governance that positively impacts humans, even if they don't realize it, and brands by helping them reach a wider variety of individuals with more cost-effective bidding strategies.”

Bias May Be Impossible To Eliminate. Manage It Instead

So far, Redmond said he and his team can detect some biased signals in the data they’re studying and the way the algorithms interact with them. That might set off alarm bells for CMOs, but he said it’s important to recognize that the disparities that emerge were not intended by those using AI in their ad campaigns.

The reality is that when machines correlate signals with improved performance, they need to be trained to factor in other considerations, including bias and systemic advantages or disadvantages. This is all part of establishing holistic governance practices, processes, and services that support the ethical design, development and maintenance of AI-based systems.

“So one of our lingering questions is, can we improve performance while mitigating the disadvantageous scenarios,” he said. “Today, as we swiftly work to architect the advertising of tomorrow, every brand and agency should be taking steps to get educated on how bias works, how it can impact their teams, campaigns, and the technology they employ. Missing the opportunity to build trusted and equitable practices to demonstrate what brands can expect and consumers will experience will be detrimental to the industry. We are optimistic that others will lean into this work, whether alongside us or in their practices.”

To learn more about this research initiative and how you can participate, please visit: ibm.biz/bias-in-advertising.