Microaggressions. They can happen without you even noticing. They’re based on deep rooted assumptions, prejudices, incorrect beliefs that have been socialized throughout the years and systemic racism. 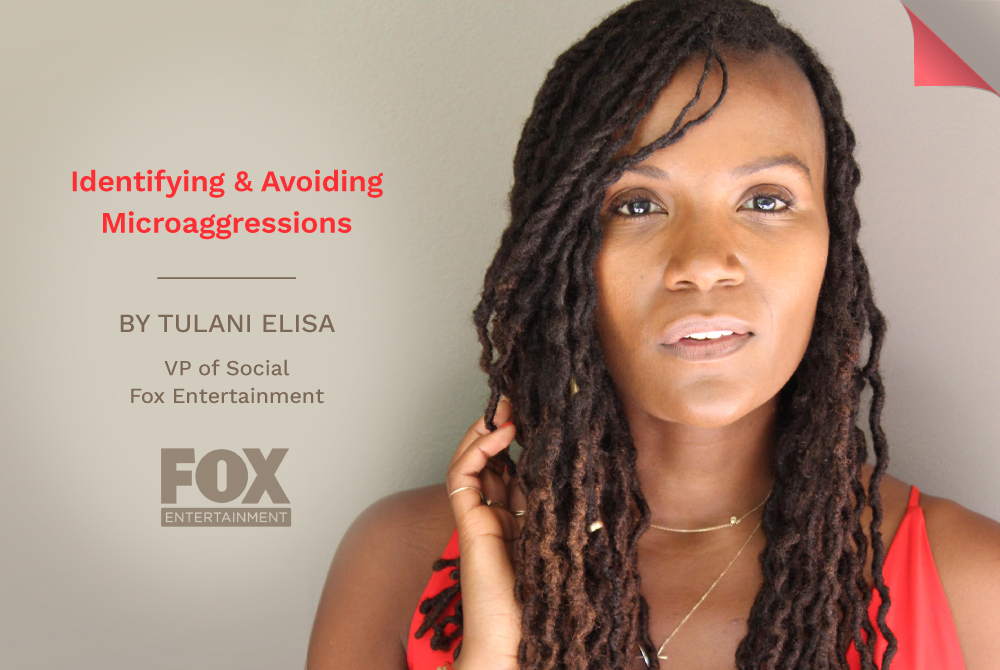 Microaggressions. They can happen without you even noticing. They’re based on deep rooted assumptions, prejudices, incorrect beliefs that have been socialized throughout the years and systemic racism.

A comment, a throw-away observation, a long-practiced reaction, an unintentional look. You may think you mean nothing by it but, the truth is, it speaks louder, runs deeper and impacts more than you may know.

Let’s start at the beginning. What is a microaggression?

By definition, it is a statement, action, or incident regarded as an instance of indirect, subtle, or unintentional discrimination against members of a marginalized group such as a racial or ethnic minority. Now, an important part of this description is that these actions can be both subtle and unintentional, making it harder to notice for some.

With that in mind, let’s discuss how they’re used. They are often used to put people down, force others to act in a way that we deem “more acceptable” or to downplay the use, affects and undertones of race in a social situation. Right now, you’re probably thinking, well, I don’t know what these are, but I’ve probably never used them, so I’m sure this has nothing to do with me, except it does.

Let’s get specific, what are some comments that can be categorized as microaggressions? A helpful chart:

Now do you see how you may have perpetuated a microaggression and not even realized? Or how some things that you’ve always said, are rooted in stereotypes and racist assumptions? If you have without knowing, this is a perfect time to work on making a change.

This is how it impacts others

What may seem like a passing comment can cut deep for those on the receiving end. They’re left with the decision of whether to speak-up and be in a potentially uncomfortable situation both defending themselves and explaining microaggressions or saying nothing and internalizing the comment, which ultimately leaves them to deal with the mental and emotional consequences on their own time.

In addition to being rude, it also helps perpetuate stereotypes in the workplace and amongst your colleagues. Hearing you tell a Black woman that she seems aggressive or loud, then puts that thought/image/idea into the minds of others around you. So now, instead of worrying about doing her job, she’s also trying to find ways to combat that stereotype you’ve put on her. Even worse, this is often done by making herself seem small or shrinking/becoming more reserved or less confident.

If that sounds tough, it’s because it is. And though many have become accustomed to hearing, dealing with and getting over these kinds of statements, they shouldn’t have to.

Now that you know, what can you do?

We’re experiencing and learning a lot of new things right now. The world is changing. Important topics are being brought to light and though it may be uncomfortable, now is the time for this. It’s the time to commit to doing better and doing more. It’s the time to become a supporter and an advocate. It’s the time to learn more about things that we may have never explored. It’s time to unlearn things that we now understand are detrimental to our collective future and the wellbeing of others. Understanding and adjusting how we speak and engage is one step forward, let’s take it.

This is a contributed piece by Tulani Elisa, VP of Social at Fox Entertainment, as part of our BI Voices series.