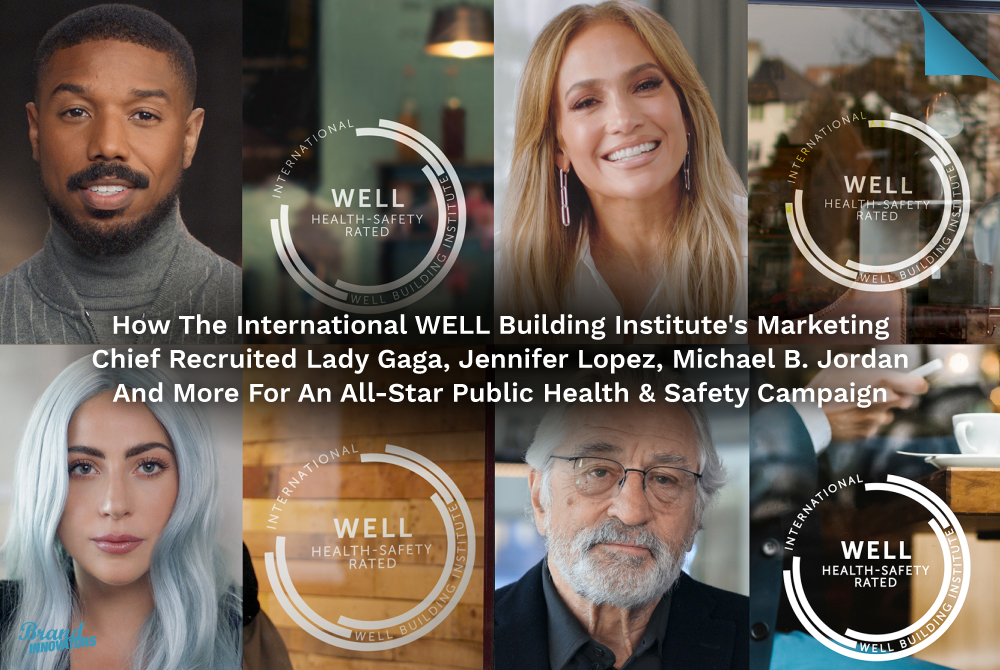 As the distribution of COVID-19 vaccines starts to make the return of concerts, sports, restaurants and other public gatherings feel within our grasp, celebrities including Lady Gaga, Jennifer Lopez, Robert Deniro, Michael B. Jordan and many more are helping spread the word of a new initiative that will help keep those facilities safe.

The A-listers all appear in a new consumer campaign from The International WELL Building Institute (IWBI), an organization that provides buildings with standardized resources and ratings to ensure health and well-being in public spaces across the globe. In a new PSA spot that debuted Monday (Jan. 25), Gaga, Lopez, Deniro and Jordan are joined by the likes of Serena Williams, Wolfgang Puck and others to help spread the word of IWBI’s WELL Health-Safety Rating, a seal designed to give building occupants more peace of mind about the science-based protocols and air-quality checks those spaces have undertaken to achieve the rating.

IWBI’s :30 spot was directed by Academy Award-winning filmmaker Spike Lee, developed by ad agency SWAT by Kirshenbaum and produced by Pony Show Entertainment. The campaign will roll out in the coming weeks across a wide mix of national TV, paid social, paid digital, earned influencer, and multichannel video, along with planned integrations into popular shows like ABC’s “Live with Kelly & Ryan” and ESPN’s “SportsCenter.”

Partnering with the talent for this message comes with a two-fold goal for Anthony Antolino, chief marketing officer at IWBI’s parent company Delos — to raise broad public awareness from consumers, and inspire buildings, venues and businesses to sign up and take the pledge.

“We knew that we could get an extraordinary amount of lift by leveraging a well-rounded cross-section of celebrity ambassadors who spoke to all the types of places people love to go and have been not able to visit,” Antolino says. “There’s no transaction here. We’re not looking to sell a vehicle or a widget. This campaign is very much about the WELL Health-Safety seal being a symbol of hope or a beacon of hope, so that when you see this seal outside you feel safer going inside.”

Brand Innovators caught up with Antolino to learn more about the campaign’s all-star cast, its unique message and why building safety is the “third leg of the stool” in rejoining public spaces.

Brand Innovators: You enlisted an impressive ensemble of celebrities to help spread the word of the Institute of WELL Building’s new WELL Health-Safety Rating. How did you come to recruit celebrities like Lady Gaga, Jennifer Lopez, Robert Deniro and Michael B. Jordan for this campaign?

Anthony Antolino: As you can see, we went out with lofty aspirations, and we’re beyond grateful to have earned the support of this ensemble cast. As we went out to each of the talent, the level of research and due diligence that they and their teams did as it related to our company and mission was impressive. As we started to see the questions coming over and the level of validation they were looking for, and the thoughtfulness and mindfulness that went into learning about our mission and what this Health-Safety seal stood for, we saw how much our message struck a chord with them. It really became very apparent that everybody misses the human interaction, feeling and sharing the energy of that contact with people. And when you're an entertainer and restaurateur, those are things they thrive off on and express themselves for a living, so we were grateful that our ambitious goals of trying to earn the support of those types of A-listers came to fruition.

Given the ironies of producing a campaign about being able to safely go back to public life, how did the current safety protocols of shooting amid COVID-19 impact the campaign’s production?

Even in a perfect, non-pandemic world it would have been a challenge, but with the pandemic and everyone’s methods quarantining in their own spaces, it was even more challenging. It was not only bicoastal, everyone was in their own bubble so we had to get out there and produce and shoot in multiple time zones, multiple coasts. It took an intent and a desire and will to be successful with a calm and pragmatic approach to say, “Hey, we’re going to do this, it’s going to succeed and we will calmly deal with every obstacle that is thrown at us.” We went into it knowing there would be obstacles to overcome but we got through it.

How do you broadly define the different audience targets for this campaign?

There’s a b-to-b and consumer component to it. From the consumer side, it’s mass market. It’s people who go to restaurants and stadiums and hotels and malls and banks, with an affinity for being well. That’s our consumer target. And on the b-to-b side, they are our customers, the ones who actually sign up to achieve the rating in their buildings and facilities. It’s really any building or facility that houses occupants. This is a third-party verification program that was informed by our COVID-19 task force, it was informed by the guiding principles of the WELL building standard.

Vaccines are one way we will get to critical mass of safety, but the other thing is building confidence that the facilities have taken measures to ensure those indoor environments are safe for us to go back into. So the IWBI is really a mechanism to enable and provide third- party validation that health and safety were top of mind when thinking about those environments and the return to business. That’s where all three legs of the stool come together.

Your day-to-day role at Delos is more focused in the B-to-B realm. Is this the biggest campaign you’ve been involved with to date in your work with them and IWBI?‍

Yes, this is the first consumer campaign the company has ever done, and this is something we felt was so inherently important and timely to share with the consumer population of the United States. It is really centrally focused on building trust and confidence as we begin to get back to business when the experts tell us it's safe. We’re not in the business of defining what that timeframe is, we just want to make sure that spaces and places are healthier for the return of their occupants.