Holiday Shopping Season Off to a Strong Start: NRF

Nearly 200 million Americans hit the stores and the internet over the long Thanksgiving weekend to kick off the holiday shopping season, according to the National Retail Federation and Prosper Insights & Analytics. 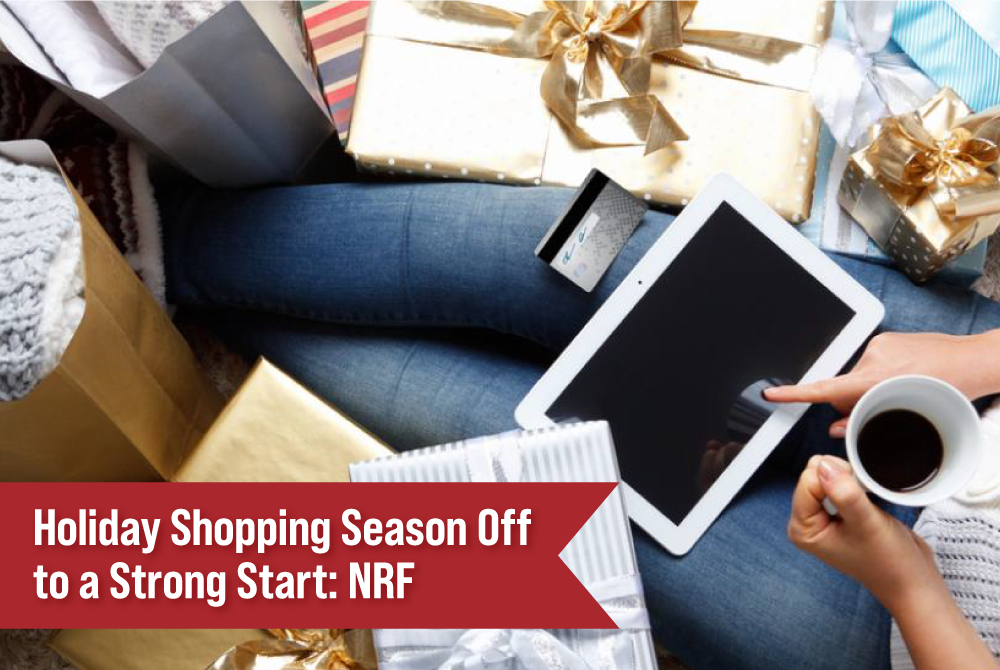 Nearly 200 million Americans hit the stores and the internet over the long Thanksgiving weekend to kick off the holiday shopping season, according to the National Retail Federation and Prosper Insights & Analytics.

The total of 196.7 million shoppers is up nearly 17 million over 2021 and is the highest figure since the NRF began tracking data in 2017. It is also 30 million more than the NRF had predicted heading into the weekend. Indeed, according to a survey of more than 3,300 adults, more than three-quarters (76%) of consumers say they shopped over the Thanksgiving weekend, up from 70% in 2021.

Of these shoppers, more than 122 million visited brick-and-mortar stores (up 17% from 2021), and more than 130 million shopped online (up 2% over last year). Nearly 73 million consumers hit the stores on Black Friday (up from 67 million in 2021), as did 63 million on Saturday (up from 51 million last year). More than three-quarters of these shoppers said they were out specifically to support Small Business Saturday.

Black Friday was also the most popular day for online shopping, with 87 million consumers hitting the internet, which is about in line with 2021, according to the NRF. Additionally, 77 million people shopped online on Cyber Monday, also in line with 2021’s numbers. Nearly 60% of online shoppers used their mobile devices.

On average, consumers spent $325 on holiday-related purchases over the weekend, most of which ($229) was directly specifically for gifts. Clothing and accessories topped the list of gifts purchased (bought by 50% of those surveyed), followed by toys (31%), gift cards (27%), books/video games/other media (24%), food and candy (23%) and electronics (23%). Most shoppers (90%) also indicated the deals were the same or better than last year.

“As inflationary pressures persist, consumers have responded by stretching their dollars in any way possible. Retailers have responded accordingly, offering shoppers a season of buying convenience, matching sales and promotions across online and in-store channels,” said Matthew Shay, president and CEO of NRF, in a release. “It is important to note that while some may claim that retail sales gains are the result of higher prices, they must acknowledge the historic growth in consumers who are shopping in-store and online during the long Thanksgiving holiday weekend and into Cyber Monday. It is consumer demand that is driving growth.”