Coca-Cola has debuted a new innovation platform called Coca-Cola Creations which will be a space to take the iconic brand’s name and logo to new cultural and creative places. 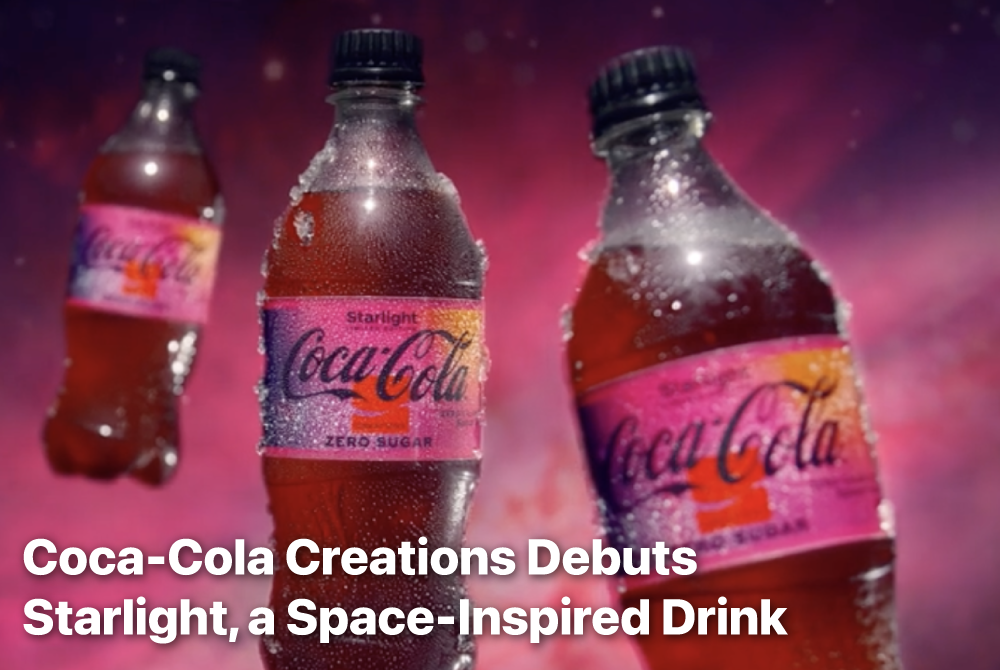 Coca-Cola has debuted a new innovation platform called Coca-Cola Creations which will be a space to take the iconic brand’s name and logo to new cultural and creative places.

The first product to launch as part of this new platform is called Coca-Cola Starlight, a limited-edition drink that imagines what a soda might taste like in another part of the universe. The drink has a reddish hue and includes “a dash of the unexpected” according to the brand that said the drink was inspired by “stargazing around a campfire” and conjures up the cool feeling of space travel.

“Thirty-five years ago, Coca-Cola partnered with NASA to become one of the first soft-drinks to travel to space,” said Oana Vlad, senior director, global brand strategy at The Coca-Cola Company, in a statement shared with Brand Innovators. “That same passion for space still exists today. With Coca-Cola Starlight, we wanted to celebrate the remarkable ability of space exploration to inspire generations to discover new worlds of infinite possibilities. We set out to bring that concept to life through a simple sip, capturing some of the mystery and essence of what we love about space.”

The effort is part of the “Real Magic” brand platform the company announced in 2021. Coca-Cola Creations has plans to release new limited-edition products and experiences in physical and digital worlds throughout the year. Last year, the company began to dip its toes in the world of NFTs, in an effort that also included a hybrid physical-digital approach. For instance, Coca-Cola’s Friendship Box NFT reimagined a vintage Coca-Cola cooler as a “living light” vortex that visually connects NFTs. The brand also gave away a physical Coca-Cola refrigerator to the highest bidder.

“For over a century, Coca-Cola has maintained its iconic status around the world as a symbol of optimism that has refreshed generations. When we launched ‘Real Magic,’ we wanted to connect with and celebrate the experiences that bring joy to young people today, and that has taken us to an exciting new territory,” Vlad continued. “Coca-Cola Creations aims to surprise, delight and engage global audiences through magical and unexpected tastes, moments and collaborations – something we know our fans have come to expect from us.”

The Starlight beverage, which is now available in stores in North America, is served up in a notable package that includes a “light-filled star field.” To promote the new product, the beverage giant has launched a digital-first marketing campaign with global popstar Ava Max.

The campaign is centered around an augmented reality (AR) “Concert on a Coca-Cola” experience. Consumers can scan a can or bottle of the new drink to see Max’s performance as part of an AR-holographic private concert. The package design itself, created by Forpeople, acts as a translucent space station. Starlight will also be promoted across additional partnerships and collaborations with designers, including streetwear brand Staple, as well as via social filters across Instagram.