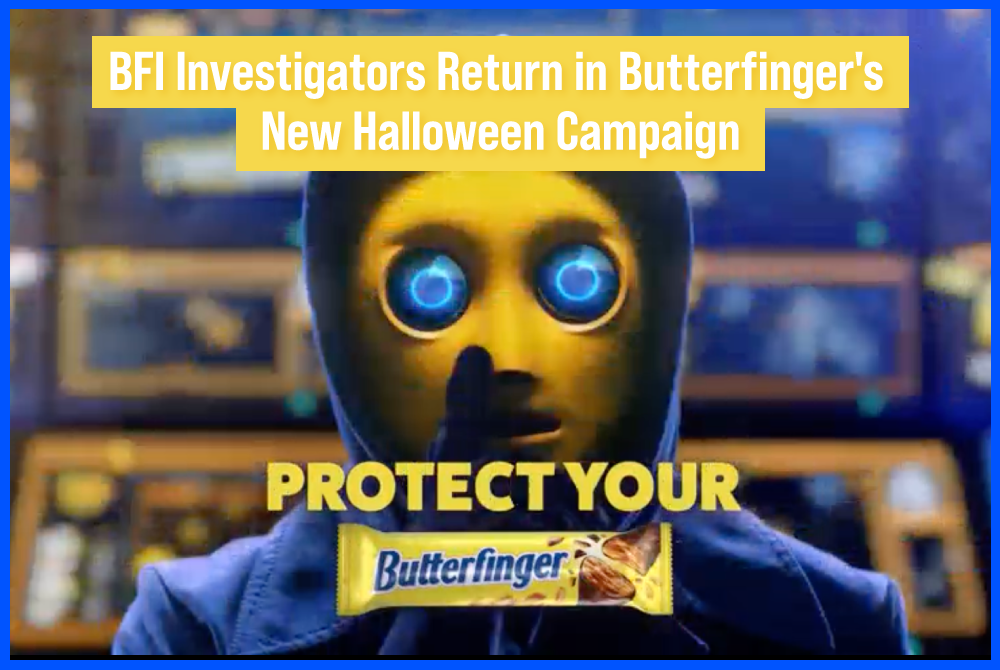 The campaign is based on the premise that Butterfinger barsare so delicious that they are often at risk of being stolen. Two wise-cracking agents Hugh Dunnit and Ali Byes, played by actors Amir Arison and Alexandria Benford, are on a mission to track down thieves that have stolen Butterfinger bars.

“This creative really does resonate with our target consumers, millennials, so we knew that we wanted to continue to evolve this narrative,” said Miguel Zorilla, marketing vice president at Ferrero USA.  “Butterfinger is so irresistible, that people will do whatever to get their hands on one. We wanted to continue to drive new obstacles and really heighten the story. And this year, we've done so by launching our archnemesis Robin Fingers, and he's bringing a whole new level of edge and a cool factor to the campaign. He's solely driven to take down the BFI and get his hands on all of Butterfingers.”

This year the brand is expanding the campaign from digital to include a TV buy, as well as a to jumbotrons at New York Jets games. The campaign will also include video buys on Hulu, influencer tie-ins, out-of-home in Miami, Los Angeles and Chicago, as well as Walgreens in-store screens and grocery store displays.

“Robin Fingers will break into digital environments and disrupt consumers when he is least expected,” explained Zorilla. “He'll be on in-game assets like the jumbotrons, as well as some other experiential concerts and festivals where those big screens will all of a sudden be taken over by Robin Fingers. “We're talking about protecting your Butterfingers. The key tagline of the campaign is to protect your Butterfinger and the intent is to protect it from robbing fingers.”

The campaign is aimed at 20-30 years olds, which includes Gen Z and millennial consumers. “When we think about Halloween, we really double down on parents within that age range,” said Zorilla. “We call them the hip or cool mom or dad. For Halloween, we dive a little deeper into the millennial parent.”

The campaign drops ahead of Halloween, the largest season for candy buying of the year. This year’s holiday season comes at a time when manufacturers face global shortages. Hershey’s reported in July that the company may fall short of demand due to a scarcity of raw supplies. Still Butterfinger has seen growth and looks forward to a successful season.

“Halloween is critical for any chocolate company,” said Zorilla. “Ferrero, being a candy company, and Butterfinger being one of our flagship brands, specifically in the chocolate space, it is definitely a big season for us. It drives a lot of big volume for the business and for our brand. And we've seen consistent growth year-over-year across the seasons.”