Behind the Brand: EA’s The Sims Shares Secrets Behind Iconic Video Game Branding

During the Brand Innovators 10th Anniversary Day One livecast, marketing executives from The Sims discussed the secrets behind the brand today. 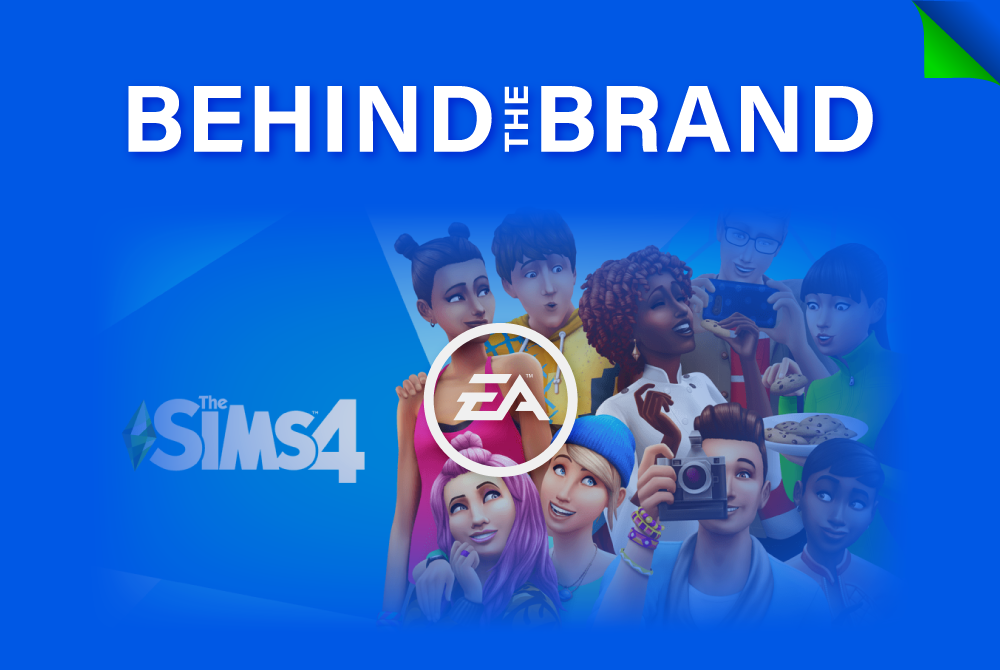 When The Sims first launched in 2000, it was one of the first simulation video games on the market. Created by game designer Will Wright who had lost his home in a fire, the idea was to give people a "virtual doll house" experience in the digital world. The Electronic Arts game has since become one of the one of the best-selling video game series of all time, selling more than 200 million copies worldwide.

Since then, gaming has grown exponentially with 2.81 billion gamers around the world estimated to play in 2021 at an estimated $189.3 billion. During the Brand Innovators 10th Anniversary Day One livecast, marketing executives from The Sims discussed the secrets behind the brand today.

Over the past few years, gamers have been given more control over how the game works. This trend is a natural progression for The Sims, which has always been based on user engagement and player world building.

“We are leaning into the insight that we are the tools, and our players are the artists, so we empower them as players to create as they wish and we are actually putting their creations in the game,” said Tiara Puglisi, Brand Marketing Director at The Sims, Electronic Arts (EA). “And not surprisingly, we had the highest sentiment with our 21st birthday. I think it just shows the value of having that two-way relationship with our players and recognizing the legwork that they have put into our efforts and into our game and even our D&I efforts. They have pushed a lot in terms of where they want us to go. I think that it was a big move for us as a brand to stand up and recognize that and also make them a part of the game in the way that they have always been.”

As a brand, The Sims wants to be a tool to empower players to be creative and to tell their own stories and to give players a voice. The Sims’ marketing team has attracted fans of the game, who have used the platform in similar ways.

“The Sims is really all about empowering people to tell personal stories through their creativity,” said Sheila Judkins, Brand Management Director at The Sims, Electronic Arts (EA). “As a child of immigrant parents, I never really exactly saw myself in media and I'm sure everyone has had a moment in their life when they didn’t feel seen or didn’t feel like they had a seat at the table. And so this goal and ambition of making a play space that connects everyone, where everyone can be seen, and not only seen, but where everyone can learn from one another, is really a never ending goal and that is really inspiring. And to do it with this great group of people is my dream job.”

Laurel Stark, Creative Director at The Sims, Electronic Arts (EA), is new to the team and said she was attracted to the brand because of its values.

“After 2020, which kind of rocked a bunch of us, I had to do some soul searching around who I was and how I wanted to show up and I have always been really interested in how I could be in service to the creator community - as a queer woman, as someone who is really passionate about DEI - and how that helps our creative team change the world,” said Stark. “It was really important to me to find my next opportunity with a brand that really aligned with my values, but also with a brand that had special ties to the creator community.”

One of the benefits of working in video games is that players give instant feedback be it in game or in response to social media posts. This gives players a voice at the table in development and helps the brand shape its conversation in response to these dynamic relationships.

“The marketing industry is at a bit of an inflection point where we are really doubling down on the transition from transactions to relationships,” said Julia Victor, Sr. Director of Brand at The Sims, Electronic Arts (EA). “And I think for us as a brand, when you think of The Sims, it is massive and important today in where we are going with the inflection of where the world is going - from COVID to the creator community to how we are empowering people to co-own parts of our brands and our business and our community. We really all came together with probably one of the most diverse backgrounds to really pull all these things together and not just create the future of the brand but potentially create the future of what digital marketing looks like from a connected ecosystem with gaming and play at the heart. The inherent two-way conversation that there is, at the game and in play, is what is really going to drive the future of our brand forward.”