After an Uncertain Two Years, Carnival Gets ‘Funderstruck’

After two years of road trips, staycations, and taking in the local attractions, Carnival Cruise Lines is expecting travelers to want to let loose. So much so that they have coined an entirely new term for its cruise vacation offerings. 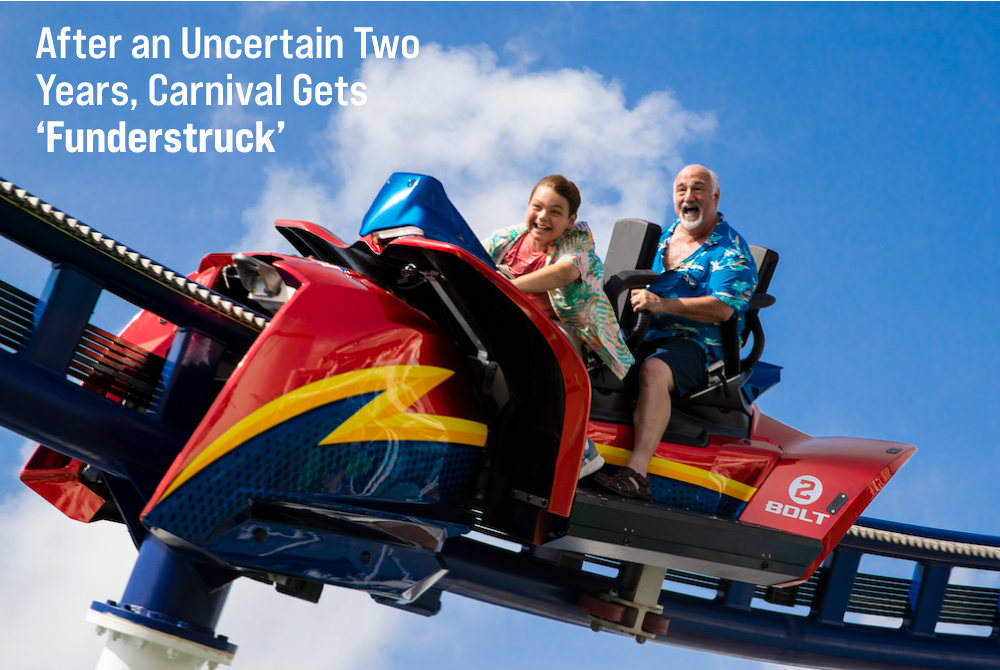 After two years of road trips, staycations, and taking in the local attractions, Carnival Cruise Lines is expecting travelers to want to let loose. So much so that they have coined an entirely new term for its cruise vacation offerings.

“What we were looking for as we came back from an extended pause is an idea that would break through to consumers of today,” Peter Callaro, senior vice president of brand and product marketing for Carnival Cruise Lines. “We wanted to take what people had been doing for 50 years and give it a word.”

And thus was born, ‘Funderstruck,’ the company’s new campaign theme. The portmanteau is meant to describe the feeling cruisers will have when they book a trip with the company, and is an extension of the brand’s three-year-old “Choose Fun” brand platform, Callaro said.

The campaign comes after a rough two years for the travel industry, which hit the cruise sector particularly hard. Though the industry has opened back up – and bookings are steady, according to Callaro – Carnival is not quite back at full operations. The heavy push as “wave season” approaches in January is meant to spur those bookings at a time when consumers may be looking to cut loose.

“People are ready to plan a big vacation and really start getting back to an unapologetic and joyful experience,” Callaro said.

Central to the campaign is a commercial in which cruises describe “Funderstruck,” through a variety of scenes and emotions, such as riding on a roller coaster situated on a cruise ship or ziplining through a forest. Other scenes include people enjoying dinner, ice cream, a massage and other cruise-based activities.

The campaign will launch first through the brand’s social and CRM channels before a full launch during the NBA on Christmas Day coverage on ESPN and ABC. The heavy push will continue into the New Year, as the brand will sponsor ABC’s “Dick Clark’s New Year’s Rockin’ Eve” telecast from Times Square.

The brand is also planning a big push for March, which officially marks the company’s 50th year. While sparing with the details, Callaro noted that Carnival’s “Chief Fun Officer” Shaquile O’Neal also turns 50 that month. “We’ve got some big plans for the celebration of our collective birthdays this March,” Callaro said.