7-Eleven Taps Into the Cultural Moment

Since 1984, when Nigel Tufnel introduced his customized amplifier to the world in This is Spinal Tap, the idea of having things “go to eleven” has grown to become a cultural shorthand for dialing things up. And, as consumers emerge from a year of hunkering down, the brand is hoping consumers will safely emerge and “Take it to Eleven.” 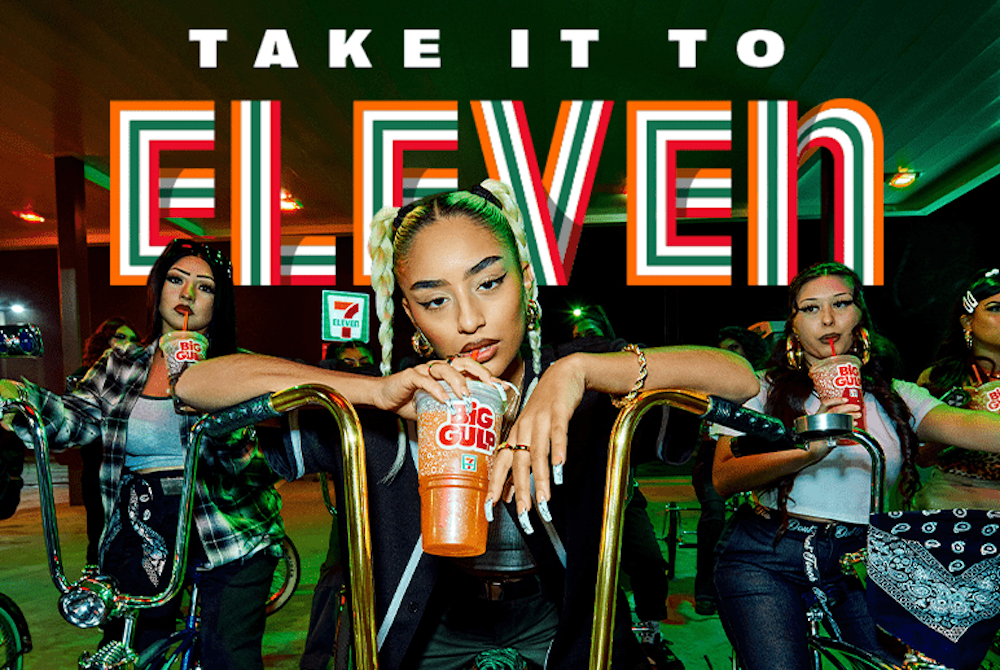 Since 1984, when Nigel Tufnel introduced his customized amplifier to the world in This is Spinal Tap, the idea of having things “go to eleven” has grown to become a cultural shorthand for dialing things up. And, as consumers emerge from a year of hunkering down, the brand is hoping consumers will safely emerge and “Take it to Eleven.”

“In times like these, when our days rarely feel like a 10, it can be easy to overlook the small things that bring us joy,” Marissa Jaarrat, 7-Eleven's CMO. “Our new brand campaign, ‘Take it to Eleven,’ represents an attitude that celebrates even the smallest of things.”

The campaign is the result of a full “knowledge immersion” that included ethnographic, qualitative and quantitative research and a review of the competitive landscape, Jarrat said in response to emailed questions.

“During that journey, we identified what the unmet needs are that we can highlight that will drive new appraisal for 7-Eleven,” said Jarrat, who joined the company in October 2019. “We found our consumers look to 7-Eleven as their ‘ingenious accomplice’ -- as their trusty companion they can count on to take on the unpredictability of life."

Among the things consumers can count on is the stores’ always open business model, array of products, neighborhood locations and, a new feature, delivery. “Our vision is that the joyful nature of the campaign reminds customers their local 7-Eleven can provide a little delight, fun, and levity – inspiring brand appreciation in longtime customers, reminding lapsed customers of the possibilities available at 7-Eleven, and prompting new customers to stop in,” Jarrat said.

The campaign’s four commercials depict different characters whose days are improved by a visit to 7-Eleven. In one spot a man on roller skates glides into a store, stopping only to purchase a Slurpee, only pausing briefly as he taps a credit card at the register to pay. A second spot shows several rockabilly enthusiasts (complete with pompadours) making their own unique versions of 7-Eleven coffee.

A third spot shows a number of female bikers performing stunts after loading up on Big Gulps. A fourth commercial depicts a garage band listing all of the late night cravings that are available through the brand’s 7NOW app (including “pickles, tall boys and doggie treats.”

The spots were designed to run in three different lengths (:30, :15, :06) and were directed by Harmony Korine, who is known for the somewhat controversial films Kids and Spring Breakers. Korine’s familiarity with youth culture and the music industry were key to capturing the campaign’s look and feel.

“He helped us bring our brand voice to life in a whole new way that hopefully resonates with our current customers and also those new customers we’re trying to get to think about 7-Eleven differently,” Jarratt said.

7-Eleven is doubling its marketing spend behind this new campaign, Jarrat said. In addition to the video spots, the campaign will also include out-of-home, social, display, radio and digital audio.