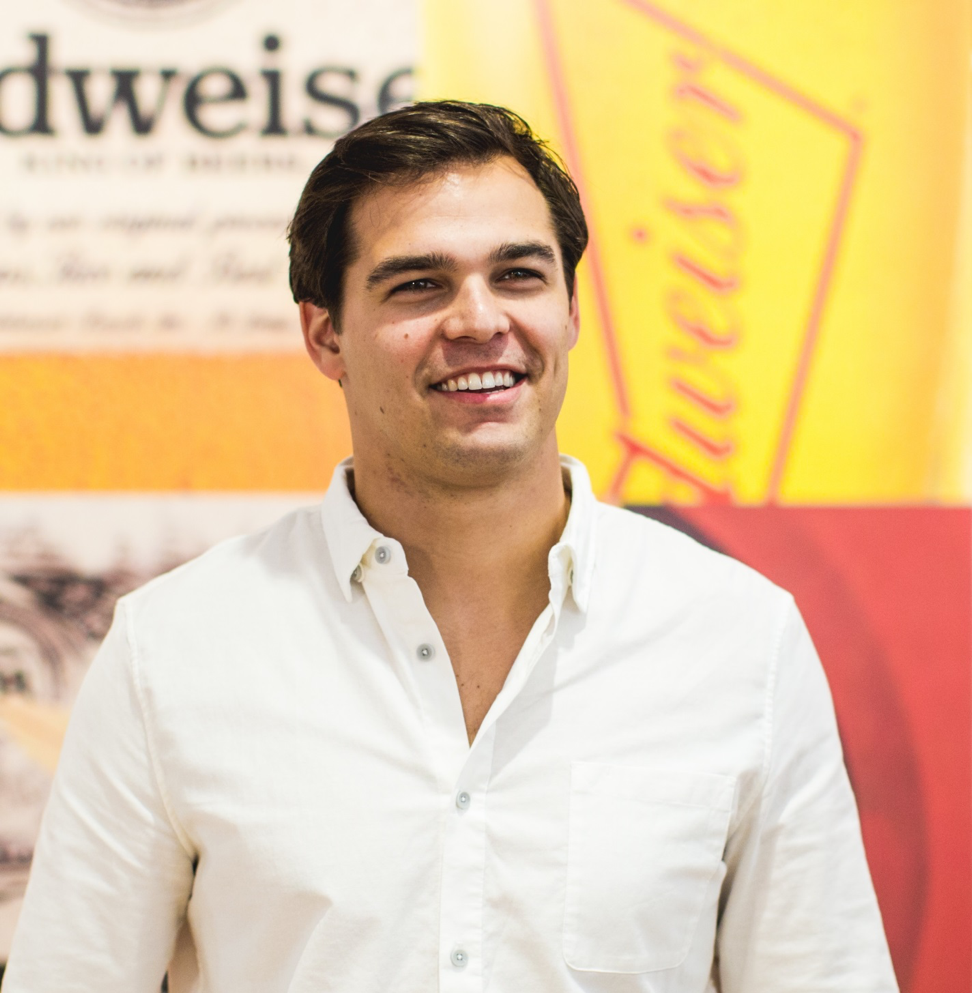 After starting in Anheuser-Busch InBev’s prestigious Global Management Trainee program in the summer of 2013, Spencer Gordon has progressed quickly through five roles. He now serves as the Sr. Director of Digital for Anheuser-Busch.

In this role, he’s responsible for the digital strategy, media, content and innovation for the full portfolio of AB brands, encompassing nearly $150MM of digital media. Since assuming this position, Spencer also created and launched Draftline, AB’s first internal digital creative agency. In the first 90 days, he hired a team, purchased production equipment, secured new office space and built out the 3-year plan to lead the team to success. In just under a year, the team expanded to become a full-service creative agency, with 61 people working across 42 brands in the Anheuser-Busch portfolio.

Previously, Spencer led the digital content and media strategy for Bud Light, America’s #1 beer brand. Under his leadership, Bud Light’s digital ROI improved by 200% and was routinely ranked as the top beer brand in digital by L2. Later, as a Sr. Media Manager, Spencer expanded his responsibilities to include oversight of the total media portfolio for Bud Light and the company’s Flavored Malt Beverage Portfolio. Spencer also worked on Brand Communications for Michelob ULTRA, helping to orchestrate the 2018 Super Bowl campaign featuring Chris Pratt, which has become the best performing campaign in the brand’s history.

Spencer is a graduate of Washington University in St. Louis where he triple majored in Finance, Marketing and International Business. In February, he started in the Part-Time MBA program at The Kelley School of Business.