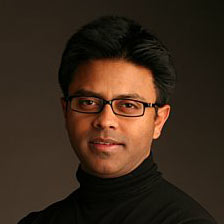 Youplus CEO Shaukat Shamim was an early member of the core Yahoo! team, where he led the creation of the iconic Yahoo! Messenger platform. As the Founder and CEO of Buysight, he developed one of the first online data remarketing and real-time brand advertising platforms, acquired by AOL in 2012. An early innovator in the video ad network space, Shaukat also founded Rhythm NewMedia, a mobile advertising company acquired by Blinkx in 2013, with the combined entities taken public. Youplus is Shaukat’s 6th venture—the previous five now account for billions in total revenue at some of the iconic technology and media companies globally.