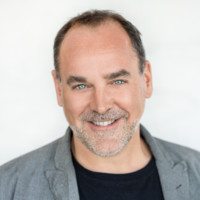 As Hulu's Head of Creative, Donaton leads Greenhouse, an in-house creative team that produces campaigns for the Hulu brand and content, including Originals, live and licensed TV shows and films. These initiatives span all channels, including TV, digital, out of home, experiential, social and in-product assets. In addition, he leads Hulu’s efforts to develop and execute new custom content opportunities for brand partners. He also oversees Hulu's Brand Social team and channels.

Prior to joining Hulu, Donaton was Global Chief Creative & Content Oﬃcer at Digitas, leading the agency's worldwide "connected creative" practice, which includes creative, content, experience design and production. His team of more than 400 creatives developed stories and experiences that are worthy of a person's time and a brand's dollars.

Donaton simultaneously served as Head of Content for The Americas for Digitas parent Publicis Media and was the chief architect of the Digitas NewFront, the anchor event of the annual IAB NewFronts.

Before joining Digitas, Donaton was Global Chief Content Oﬃcer at Interpublic Group’s UM and head of UM Studios, where he led a team of award-winning content creatives, strategists and producers around the globe who developed custom programs and innovative experiences for clients including Chrysler, Coca-Cola, J&J, BMW and Sony. Prior to UM, Donaton founded Ensemble, an Interpublic Group content studio, where he served as CEO from 2009 till 2013.

Donaton coined the phrase “Madison & Vine” to describe the convergence of entertainment and marketing, and is the author of an acclaimed book by the same name. That book helped launch the branded-content industry by declaring that the entertainment and advertising industries needed to converge to survive.

Prior to joining Interpublic, Donaton served as publisher of Time Inc.'s Entertainment Weekly, overseeing its print, digital and events businesses. Before that, he served as editor of leading trade title Advertising Age for more than a decade. Donaton oversaw the publication’s extension into digital media, events and global licensing.

Donaton's work has won numerous awards, including Cannes Lions, Clios and Effies. He was inducted into the Advertising Hall of Achievement and named a Mediapost All-Star. Donaton served as president of the Entertainment jury at the prestigious Cannes Lions festival in 2013 and 2019, and served as president of the AICP Next Awards Branded Entertainment jury in 2019 and 2020.