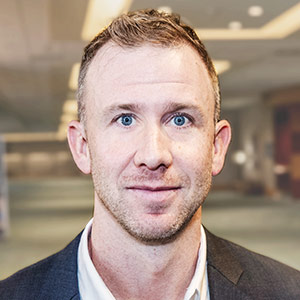 Ryan Eckel, Brand President at Tracksmith, is responsible for driving the global growth and strategy of the brand and company.  Prior to this role, Ryan was Vice President, Brand at Dick’s Sporting Goods. He is also an Emmy Award winning Executive Producer, has developed campaigns that have received numerous Grand CLIO, Cannes Gold Lion and Gold Halo awards, and is an inductee to the American Advertising Federation Hall of Achievement.

Prior to Dick’s Sporting Goods, Ryan spent nearly 10 years at PUMA SE, most recently as Head of Marketing for Eastern Europe, Middle East, Africa and India, where he was responsible for leading all aspects of PUMA’s brand growth and localization in those markets. Previously at PUMA, as Global Head of Marketing Strategy and Operations, Ryan led the development of PUMA’s brand strategy and positioning, global category marketing and consumer research.  He started at PUMA as a Global Strategic Planner, based in Herzogenaurach, Germany.

Ryan holds a B.S. from Yale University and lives in Pittsburgh with his wife and three children.