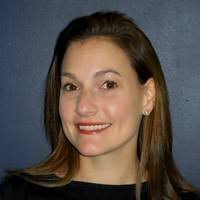 Mimi Wotring serves as vice-president for partner engagement in Acxiom’s Digital Data Solutions unit, a critical component of the Connectivity group. Mimi manages a team of 12 people, including the new partner engagement team and the Data Guru team. She oversees the indirect influence of revenue generated through the publishers, agencies and other partners with which Acxiom works. Mimi is responsible for driving data revenue by working closely with clients and helping them realize the full potential in apply data in the digital and advanced TV ecosystems. Before moving into this role, Mimi was vice-president for agency partnerships, overseeing the Publicis Media relationship. Before joining Acxiom in April 2013, she was vice-president of operations at quadrantONE, a joint venture startup whose primary investors included Gannett, Tribune, Hearst and The New York Times Company. In that role she managed the publisher account and ad operations teams, managing relationships with owners and non-owner partners. Mimi graduated from the University of Kentucky in 1998 with a bachelor’s degree in English literature and creative writing. A native of St. Louis, she lives in Chicago.