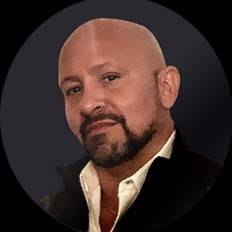 Marc is regarded as a Change Agent no matter the company that employs him. He is a well-respected and highly networked Media and Marketing Executive, with a 24 year track record of turning marketing investment into new customers and revenues for his businesses. Having worked for P&G, Verizon and Reckitt Benckiser as the Head of Media Strategy and Investment for both, and Future plc as VP of US Marketing, Marc has led massive teams within highly matrixed organizations to deliver best-in-class marketing innovation and ROI.  He has personally overseen the investment of over $15 Billion in media and marketing budgets, that the aforementioned companies entrusted him with over the span of his career.  Marc is regarded as “the Godfather of Digital Video” (per a Forbes.com article in 2009), a name he earned as he was the pioneering brand-side marketer to trend-spot, test, and heavily invest in digital video ad inventory and technology years before it’s mass acceptance.  This earned Marc the coveted Advertising Age Media Maven Award in 2009, he was only 34 at the time.  Since then, he has fine-tuned his Executive management skills in Corporate America, launched a white-glove digital consultancy firm, moved from a media-centric career path to becoming a VP Marketing for an international conglomerate, and ultimately joined Scuti as CMO and CRO because he sees our platform as “the next big thing”.