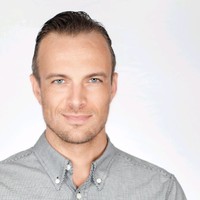 Luke Atkinson is the CMO of Pabst Brewing Co., promoted into his role after joining as the SVP, Marketing just 18 months ago. During this time, Luke has launched PBR’s biggest marketing campaign in a generation; all while extending the Pabst portfolio into spirits, FMBs [Flavored Malt Beverages] and other enhanced drinks.

Luke has worked in alcoholic beverages for more than ten years in a variety of roles, previously at Diageo North America, where he ran Strategy and Communications for Smirnoff Global, the world’s #1 premium spirit in the world. Luke transformed Smirnoff’s positioning, portfolio and execution, unlocking growth in diverse markets from the UK to Brazil to South Africa. He won numerous marketing awards & recognition for his creativity and contribution to LGBTQ, dance music and other sub-cultures.

Before this, he ran Strategy for Leo Burnett Sydney, which was the #7 most awarded agency in the globe in 2012 and 2013; some of his clients included work on Diageo, Canon and Samsung. Luke is a relentless traveler, visiting over 50 countries, living in 6 different cities around the world, always with camera in hand. You’ll find some of the evidence in @lukexplorations.