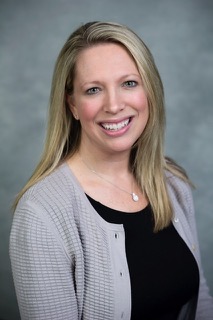 Lisa joined Curiosity as the CEO in September 2017 to lead the media and publishing company through a period of growth and expansion. In the nearly three years since spinning out of Discovery, Curiosity has built a coveted audience across its 5-star app, website and social presence. Today, more than 75 million people monthly turn to Curiosity to learn, get smarter and simply enjoy the answers to thousands of questions on topics which interest them most – from amazing places to brilliant products, food, wellness, productivity and more.

Prior to Curiosity.com, Weinstein was the CEO of Engine Media, the global media services operating unit of the Engine Group. She also served as President of Global Digital, Data & Analytics, at Starcom MediaVest Group (SMG), and for more than a decade she held US and global executive leadership roles within GroupM and Mindshare.

Weinstein has earned numerous accolades including the American Advertising Federation (AAF) Hall of Achievement, Advertising Age and Crain’s Chicago Business 40 under 40, Advertising Age Media Maven, Advertising Women of New York’s Women Changing the Game, iMedia 25 Innovators, Adweek Media All-Star and Broadcasting & Cable Next Wave of Leaders. She is an advisor to many start-ups and has served on Google’s Global Media Council, Twitter’s Client Council, Forbes Executive Women’s Board, AAF Board of Directors and the IAB Agency Advisory Board, among others.