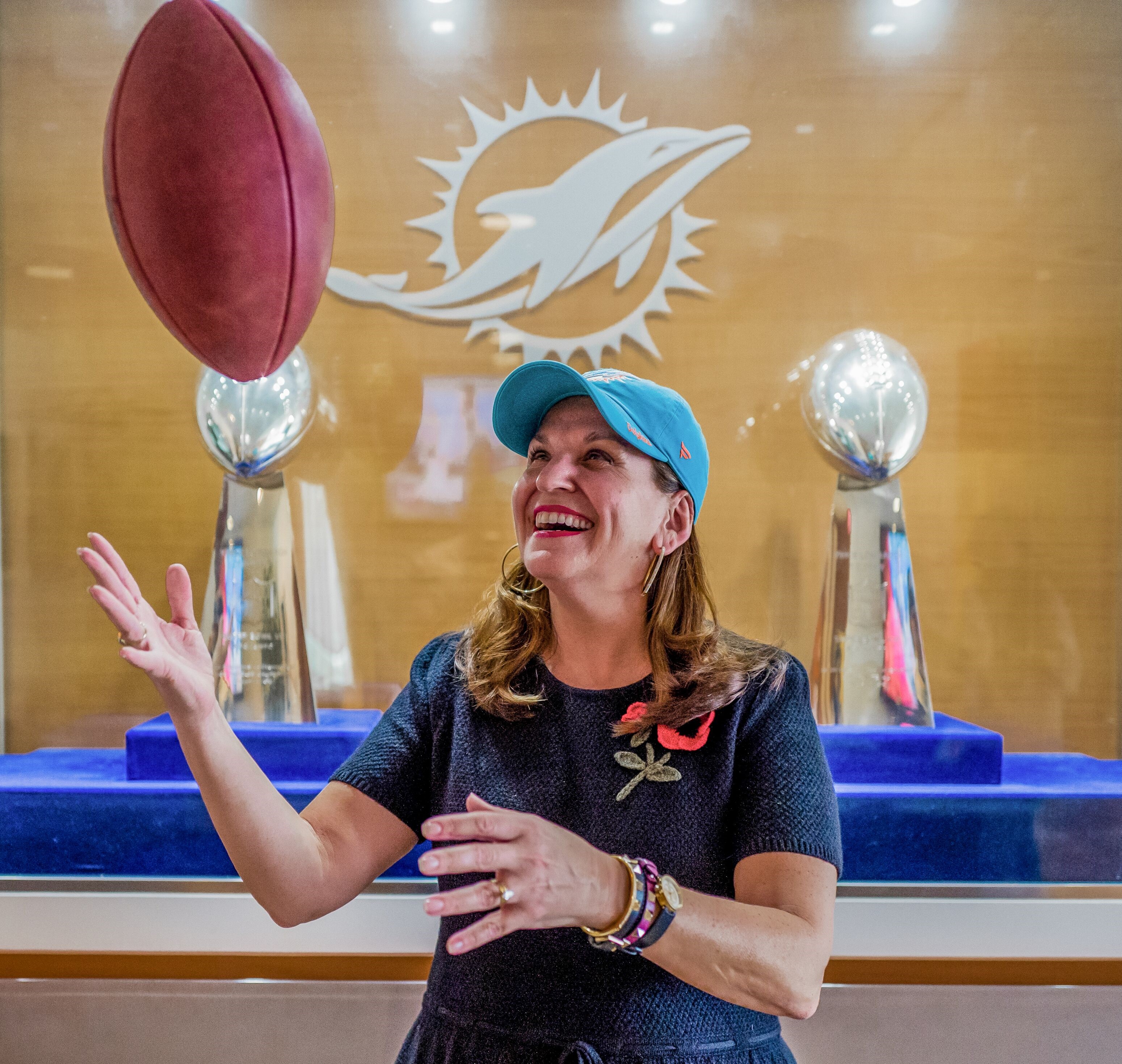 Laura Sandall enters her first season with the Miami Dolphins and Hard Rock Stadium as Vice President of Marketing.

Prior to her current role, Sandall served as Vice President of Marketing at Michaels. She previously was the Vice President of Partnerships, Publicity and Philanthropy at JCPenney and held positions with Target, Marshall Field’s, Carson Pirie Scott and Illinois Masonic Medical Center. She also founded and was CEO of Sandall Marketing with clients including OfficeMax, General Mills, Best Buy and Blue Cross Blue Shield.

Sandall is a graduate of Bradley University with degrees in Public Relations, Advertising & Broadcasting. She and her husband Pete have four children – Angela Nick, David and Danny. She was once a finalist to be on Survivor. She is still waiting for them to call her back.