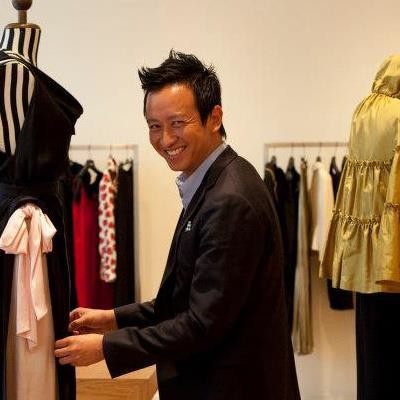 Khoa Nguyen was born in Saigon, Vietnam in 1974.  His family fled Vietnam on April 27, 1975, one day before Saigon fell.  He was 8 months old.  Through charitable organizations, Khoa and his family were able to restart their lives in Phoenix, Arizona.  Khoa Nguyen attended Vassar College and earned a bachelors degree in biology in 1996.  While at Vassar, Khoa led one of the largest tour groups of fellow Vassar students back to Vietnam on a 2 week long educational trip that started in Hanoi and finished in Saigon.   Khoa was the first in his family to return to Vietnam since leaving the country in 1975.

Following graduation from Vassar, Khoa was accepted into a Ph.D program for Microbiology at Columbia University.  Still unsure that science was his calling, he deferred Columbia for a year to find his career path.  He returned to Saigon for 3 months and spent his time discovering the budding culture of the city.  When his time in Vietnam was over, he moved to Rome and there he found his answer.  For Romans and all Italians, in general, fashion was a daily topic in their lives.  In the late 1990’s, Italian designers were the pioneers of the fashion world and fashion was everywhere—from the designer boutiques that lay next to ruins to the trendsetting street style that was distinctly Roman. After 9 months, Khoa reluctantly left Rome and returned to New York to study at Columbia.  He earned a M.A. in science from Columbia University in 1998.  But, this was it for the world of science.  After Columbia, Khoa left his safety goggles in the lab and set his sight on fashion and has never looked back.

Khoa Nguyen is currently the Senior Vice President of Aeffe USA, an Italian Luxury Group with headquarters in Italy and satellite offices in New York, London, and Paris.  At Aeffe USA, he oversees the sales and marketing for the following Aeffe brands:  Moschino, Alberta Ferretti, Philosophy di Lorenzo Serafini, and Pollini.  He has been in this position for the past 4 years.  Before this, he was the Wholesale Director at Balenciaga and spent 2 years working at the brand during it’s pivotal relaunch with Demna Gvasalia.  And prior to Balenciaga, Khoa started his fashion career at Aeffe USA landing his first fashion job with Jean Paul Gaultier when Gaultier was under the Aeffe umbrella.  Khoa has lived in New York City for over 18 years.