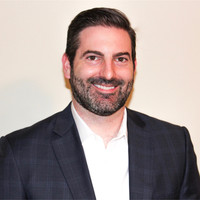 Jordan Romano is a branding and marketing executive with over 15 years of business and entertainment experience. He currently serves as Director of West Coast Sales at Influential. Before joining Influential, Romano was Director of Brand Integration at MGM Studios where he managed various partnerships on Emmy award winning shows such as The Voice and Shark Tank. He has overseen partnership deals with many blue-chip brands such as Starbucks, Toyota, Nissan, Kia, Amazon, Apple/iTunes, Target and Kohl’s, among others. Prior to MGM he was at 310 Entertainment, Imagine Entertainment and United Talent Agency. Romano holds a BA in Journalism and Mass Communication with a concentration in Public Relations and a BA in Political Science from The University of North Carolina at Chapel Hill.