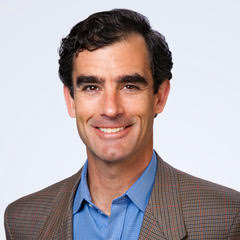 Jason Shulman has joined Tout to lead our global demand generation efforts. Jason’s long history in generating significant revenue, both for ad agencies and programmatic solution providers, will help Tout’s existing content partners grow their digital revenue exponentially. He began his career on the agency side, one of four executives for Freestyle Interactive, one of the world’s first digital ad agencies, acquired by Dentsu/Aegis in 2003. After helping launch Isobar, Aegis’ global digital agency holding company, Jason was CRO on the executive team that turned Poindexter Systems into [x+1], one of the first DSP’s to hit the market, acquired by Rocketfuel. After four years at [x+1], Jason was the first salesperson at Adap.tv, a well-known leader in the video programmatic space, acquired by Aol. After thoroughly sinking his teeth into programmatic, Jason packaged and sold live event sponsorships with digital activations as VP, Head of Digital, for Billboard. Most recently, Jason was SVP of Sales at Vdopia, helping them pivot from a largely blind India-based mobile ad network to a 100% transparent mobile video SSP with offices in New York, Chicago, SF, LA, Sydney, Singapore, Delhi and London. When not thinking about live music or DealID’s and PMP’s, Jason enjoys spending time with his wife and three beautiful daughters, while also finding some time on to be either on his bike, surfboard or skis.