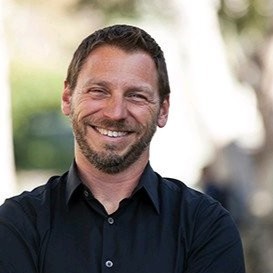 Glenn is Founder and Chairman of 72andSunny, a marketing, advertising, and design company that specializes in brand transformations and whose mission is to expand and diversify the creative class. At 72andSunny, Glenn is responsible for fostering a culture that recognizes the creativity in everyone and for setting
the company's standard for innovation. Glenn started his career at Wieden & Kennedy where he helped Nike grow from the #5 soccer brand in the world to #1. During his 10 years there, he invented the long-form all-star soccer ads that have become a Nike Soccer signature and produced the iconic remix of Elvis’ "A Little Less Conversation” which broke a long-standing tie with The Beatles for world #1 hits.

‍
Glenn co-founded 72andSunny in 2004. It is 2-time Agency of the Year by AdAge and AdWeek, twice included on Fast Company’s “World’s Most Innovative Companies” list, winner of 5 Emmy’s, and most recently named 2021 Entertainment Agency of the Year by Cannes Lions. Glenn is also a Co-Founder of Hecho Studios, a content company focused on sport and tech, and Chairman of the Board for The One Club For Creativity, the world's leading creative non-profit, where he drives an agenda focused on creative education, equity, diversity, and inclusion.