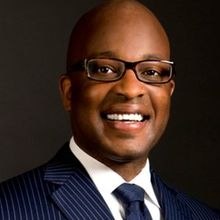 Frank Cooper III, Senior Managing Director, is the Global Chief Marketing Officer of BlackRock. He is a member of the Global Executive Committee and Global Operating Committee.

As Global CMO, Mr. Cooper is responsible for shaping BlackRock's global brand and marketing strategy for institutional and retail clients, including overseeing all digital marketing, branding and research and insights functions at the firm.

Mr. Cooper previously served as Chief Marketing and Creative Officer at BuzzFeed, the leading social content publisher. Prior to this, he served as Chief Marketing Officer of Global Consumer Engagement for PepsiCo's Global Beverage Group. Mr. Cooper started his career as an entertainment lawyer and later served as a senior executive at two of the most iconic music labels: Motown and Def Jam. Mr. Cooper's work spans television, digital, short-form video, feature film, sports and music.

Mr. Cooper has been acknowledged by Fast Company magazine as one of the "100 Most Creative People in Business," was a four time recipient of Billboard magazine's "Power 100" and recipient of AdColor's coveted "Legend" award.

Mr. Cooper earned a J.D. from Harvard Law School, where he served as the Supreme Court Editor of The Harvard Law Review, and a B.S. degree in business administration from the University of California at Berkeley.