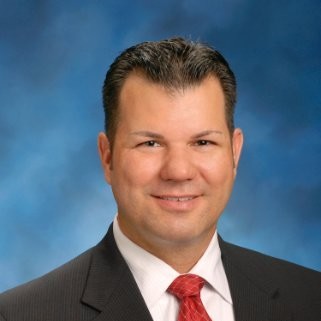 Eric Engquist serves as Vice President of the USAA Brand Management  organization, a complex organization that manages a wide range of marketing  initiatives and programs that span across USAA’s Auto and Property Insurance,  Banking, and Life Insurance businesses. These teams include USAA’s Military  Affinity program which partners with more than 50 veteran service organizations  and companies whose primary mission is to serve the military community, and USAA’s Sponsorship team which drives awareness, favorable opinion, and

consideration among active duty and veteran prospects through its development and management of  national sports and live entertainment properties, including the Army-Navy Football Game, Official  Military Appreciation Sponsorship of the NFL. It also includes the Join USAA Experience that enhances and manages USAA’s eligibility registration process, USAA’s New Member onboarding program, and  USAA’s Human Resources talent acquisition program, among others.

Prior to his current role, Eric led Strategic Initiatives for USAA's Enterprise Innovation group where he  combined his passion for serving military service members and their families, and his expertise in creating  exceptional experiences to create USAA’s Military Transitions program which provides a single source for  advice, education, decision support, advocacy and relevant financial products for service members and  their families who are separating or retiring from the military.

Eric began his career at USAA in 2005 and has held a variety of leadership roles including Brand  Management for the Investments Management and Financial Planning and Advice Companies, Director  of Operations in the Financial Advice and Solutions Group, and Director of Enterprise Client Management  in Marketing.

Prior to joining USAA, Eric served our country in the Army as an Infantry Officer. During his military career,  he served in units both within the U.S. and overseas, including deployments to Kosovo and Iraq. He holds  a Bachelor's Degree from the United States Military Academy at West Point and received his MBA from  the University of Texas, San Antonio.

Eric and his wife, Kimberly, a retired Army Non-Commissioned Officer, have three daughters – Fallon,  Addison, and Harlow – and reside in Canyon Lake, Texas.