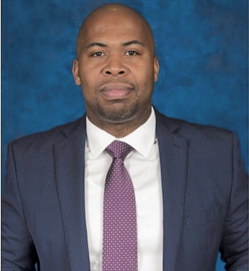 Chauncey Hamlett is the Vice President, Marketing (PBNA). In this role since March 2019, he is responsible for leading all marketing efforts across Brand Building, Shopper Marketing, Insights and Innovation. While also overseeing marketing efforts for franchise partnerships.

Prior to this position, Chauncey, a 10-year PepsiCo Beverages veteran, was Head of Strategy, Innovation and Commercial for the Mountain Dew Brand. In this role, he led the company’s e-sports strategy which led to the creation of Mtn Dew GameFuel. Chauncey previously held several marketing roles including Head of Consumer Engagement for Mountain Dew, where he led the creative development of the ICE/Doritos award-winning Super Bowl Commercial, the NBA Partnership, and all Brand Digital Efforts.

Chauncey previously spent 10 years in the luxury spirits industry working on brands such as Grey Goose, Patron, Bombay Sapphire and Double Cross Vodka. Before returning to PepsiCo, his last effort in the spirits space was creating Super Premium Dussé Cognac in partnership with Jay Z, which is now the fastest-growing Cognac in the U.S.

Chauncey is currently on the PepsiCo National Mosaic Board and The Board of Directors for the Boys & Girls Club of New Rochelle. In 2018 Chauncey was awarded a PepsiCo Chairmen’s Award for his work in the community.

Chauncey holds an MBA from the Deluca School of Business at the University of Bridgeport, and a Bachelors from Southern Connecticut State University. He has recently relocated to Orlando, Florida from New York with his wife Déon and their two sons, Daniel and Ethan.