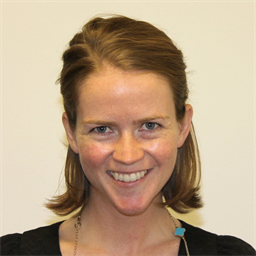 As Associate Vice President of Global Partnerships for the NBA, Adrienne O’Keeffe leads the league’s consumer products and gaming team, driving revenue through video game and non-apparel licensing partnerships for the NBA, WNBA and NBA G League globally.  She develops innovative digital products and experiences that provide NBA fans with new and unique ways to interact with each other and the league.

O’Keeffe has led the formation and launch of NBA Top Shot, the league’s non-fungible tokens (NFT) platform that generates an industry-leading $600M in trading volume.  She helped secure a multiyear partnership with Epic Games that will bring NBA virtual goods, video content and gameplay experiences into the popular free-to-play “battle royale” game Fortnite, and contributed to the launch of the NBA channel on Twitch in 2017 to deliver gaming-related content to new audiences.  O’Keeffe was also part of the team that designed and negotiated the formation of the NBA 2K League, making the NBA the first U.S. professional sports league to operate an official esports league.

Prior to joining the NBA in 2014, O’Keeffe worked in Partnerships and Business Development at Foxrock Partners, where she managed BBVA’s partnership with the NBA in the U.S., Europe and Latin America.  She began her career in Corporate Partnerships at Forrester Research specializing in content and event-based marketing for Fortune 500 technology companies.

A native of Arizona, O’Keeffe currently resides in Brooklyn, N.Y.