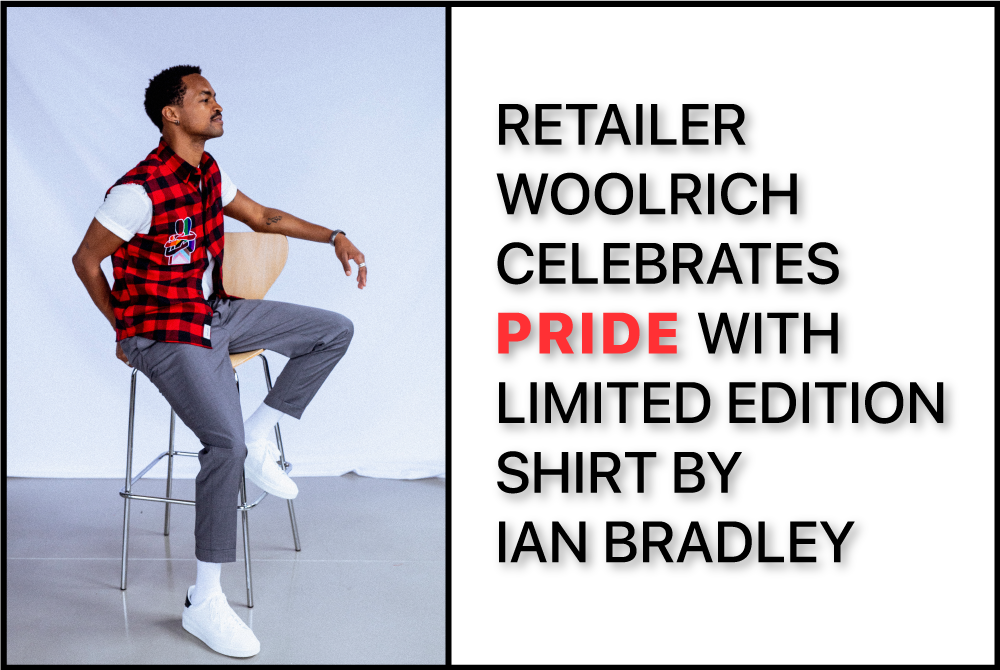 The limited run of customized shirts will retail for $110 each and are available on the brand’s website and its boutique store in New York City. The partnership is the brand’s first to celebrate the LGBTQ+ community and demonstrates the company’s commitment to collaborating with members of the LGBTQ+ community, said Alessandro Villa, Global Chief Product and Merchandising Officer and North America General Manager.

“We are living in a world where being a silent supporter is no longer enough,” said Villa. “Being vocal and speaking for what you believe in is more important than ever. There has been a lot of progress for the LGBTQ+ community, there is a lot more progress to be made, and we are excited to be a vocal ally this year and in the future.”

As part of its commitment to allyship, the brand is donating 10% of its June net sales to the Marsha P. Johnson Institute, which works toward protecting and defending the human rights of Black trans people. Bradley himself appears in the campaign alongside queer-identifying model Massima Desire. In a campaign video, Bradley introduces himself and speaks about his work with Woolrich, saying it was important to him to work with the company because they have “stayed true to themselves while adapting to the times.” Bradley also says the Pride design of two people hugging was inspired by a post-COVID need for human contact.

In addition to working with Bradley, Woolrich tapped a team of notable creatives in the LGBTQ+ community to develop the project’s campaign. Among those participating in the campaign were: fashion and portrait photographer Lia Clay Miller and video content producer Cloe Young.

“As we continue to grow as a company, LGBTQ+ representation both in front of the camera and behind the scenes is more important than ever,” Villa said. “This initiative is a great step forward in telling new and authentic stories.”