Use Data to be Relevant to More People, Not Visible to Fewer 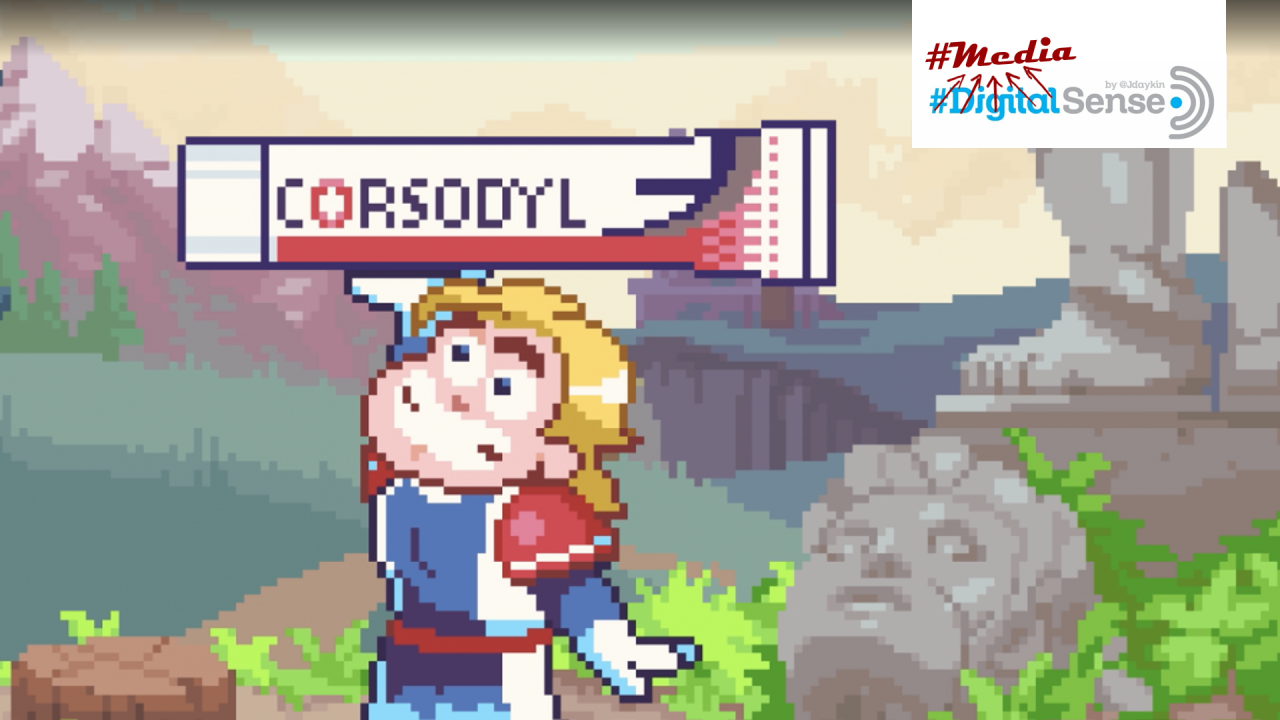 Data remains one of those wonderfully nebulous industry buzz words - dropping a mention of it into any pitch, presentation or PowerPoint is sure to attract nods of interest and approval even if half the people in the room have no idea what you really mean by it. It’s vague enough to cover just about all aspects of insight, planning, activation and measurement and yet everyone knows that we’re ‘supposed’ to be using more of it so it must be good.

Whichever half of that room you think you sit in it’s time for us to take a long hard look at how we are using data. For me it should fundamentally be about being consumer obsessed and how we take advantage of the rich information out there to better resonate with more potential customers. Often that means the ones who aren’t leaning in and wouldn’t have stopped to think about us otherwise.

In reality many data approaches do almost exactly the opposite, identifying the lowest hanging fruit that’s ripe for harvesting and focussing marketing activities on them to drive the most immediate ROI. The work of Binet and Field has highlighted that the result of this has been consistent decreases in marketing effectiveness over the past couple of decades, despite the rise of all these new technologies and approaches.

The advertising industry has allowed quality and context to be erased as a price for fetishising data & targeting but it’s a course we need to rapidly reverse, especially as we look for new ways to build personalisation and relevance.

As soon as you start talking about data it’s easy to jump to targeting, to complex programmatic campaigns or even to dynamic creative optimisation, yet data is just another way of tapping into the macro insights & observations marketing has always thrived on. My first advice for brands looking to use more data is to start at the top of their strategy not the bottom of their execution.

When one of the brands I work with identified that there was a penetration opportunity to a younger target audience which their existing approach wasn’t resonating with the answer was data, but it wasn’t just targeting. Corsodyl used that data much more broadly not just to define a new audience but to understand the environments where they were really paying attention, and what it would take to cut through. The result was a partnership with Twitch, their creator network, and a toothpaste advert unlike any you’ve seen before which has delivered on precisely that ambition.

When you take a step back and realise the ultimate point of data is consumer relevance and cut-through then again, the conversation pivots from being around what data you can access and how you can use it towards much more holistically how you can achieve that. Context is a key part of that solution, as with the Twitch example if you know enough about where you’re appearing then the personal data of the users you’re appearing to becomes much less important because you know your relevance is already guaranteed.

Many of the best creative digital campaigns have returned to this notion of context, a staple of the print industry, by cleverly juxtaposing nuanced messages alongside clear digital triggers. For some reason YouTube pre rolls seem to be the cutting edge of this sort of approach with clever executions from brands like Burger King and Geico over the years. If you want to communicate about tackling the headaches of a painful commute where better than on content deliberately calling out the pains of the daily migration?

If you’re trying to reach fanatical football fans you can of course undertake all sorts of cunning data partnerships to find people who have spent money on football tickets, tweeted about recent games, or searched for specific keywords and chase them around the internet. Or of course you can buy advertising in contextual environments (such as around football results coverage) and be guaranteed not only of reaching fans who are focussed on their passion at that exact moment, but also of side stepping any unintended biases that might have crept into your targeting.

Might you have been tempted to only target male football fans for instance? There’s quite often a bias in our targeting decisions where we look to validate our own expectations. Those biases can be well hidden in the system - if you’re letting an algorithm optimise who sees your adverts based on who’s most likely to watch or engage with it are you still chasing your most valuable future customers, or just the most clicky people? What if the audience you need to reach is disengaged and less likely to pay attention to begin with? I’m forever trying to flag that one of the unintended consequences of ‘brand safety’ settings is that overzealous key word blocking can exclude entire minorities from seeing your content (eg Vice found that ‘Muslim’ and ‘Lesbian’ were blocked more often than ‘Rape’ and ‘Murder’, they’ve now banned advertisers using some of these words against their sites).

There’s a term in TV for the inadvertent audience who accidentally sees your adverts outside of your planned target audience and that’s ‘wastage’. Not a great name for something which fundamentally helps drive your brand and ensure unexpected people are aware of your existence. In digital the closest thing we have is probably ‘earned media’ and we make a huge fuss about that even though its scale is far smaller. When you apply targeting to digital campaigns you need to be aware not only of who you are choosing to reach but also who you are not.

That’s not to say that data and targeting isn’t sometimes critical of course. Short term conversion tactics towards warm leads can be a critical part of any balanced marketing mix. Beyond that we’ve heard a lot about the promise of ‘Personalised Marketing at Scale’ and the power to maintain broad reach but to break it down to tailored and relevant messages. I’m a believer and a cynic at the same time, but you can expect to see a lot more brands questioning this direction in the coming months.

Absolutely there is power to be found in this approach but in many early examples we’ve seen brands take 2 steps back in terms of creative quality, emotion and cut through just to then take one step forward in terms of personal relevance. It’s a key watch out and a practical production reality if you’re trying to find a way to make scalable multi-execution creative rather than single universal approaches. Furthermore, it’s easy to get lost in chasing these sometimes-arbitrary creative audiences and lose track of the broad category growth driving audiences you were supposed to be reaching. If you go down this route, consider the critical importance of ‘catch all’ targeting so at least some of your communication is getting to the total audience that you need. Above all consider how personalised you really want to get, it’s rarely truly 1:1 and so often you can spare the pain of trying to get and use personal data by looking at broader groups.

Our Piri hay fever brand in the UK uses a series of data signals including pollen counts and weather forecasts to activate not just tactical digital spends but also its media weight across Out of Home and even TV. The brand is thus able to use that to deliver a greater share of voice around key relevant moments than its budget would otherwise have allowed. That’s a powerful broad reach baseline, but of course there are also opportunities to get more personally targeted with consumers who show signals of being particularly interested in pollen counts, allergens and more individually.

Typically with data driven approaches, you can show improvements to short term tactical metrics like click through rates or media costs, but that does not necessarily mean the approach is working in terms of building your brand or driving longer term sales. Where more substantial research has begun the results have often been inconclusive, Byron Sharp’s Ehrenberg Bass Institute found nominal effects even in digital metrics, and that at times showing the ‘wrong’ creative to a target group was in fact more impactful. It may well be a future of marketing, but brands need to be careful about the sacrifices they make to get there.

And in there lies the final trap of data, and its role when it comes to measurement and performance. So much of what is easy to measure in digital is not ultimately what drives results in the real world, and so much of real-world value is still hard to measure in real time despite the promises of new technology. There’s been evidence for a decade that social media likes, clicks and engagement aren’t aligned with true brand building success but as an industry it’s been hard to shake off the temptation to optimise to numbers we can easily track.

Over the past few years ‘Viewability’ has rapidly become a similar gold standard for identifying website quality and impression value, but again these numbers are not as black & white as they seem. High quality news feed and content environments can offer on paper worse viewability than low quality click bait sites designed specifically to optimise to marketing metrics. Do we really think adverts on celebrity plastic surgery slideshow sites perform better than a placement in high quality journalism? Again, trying to use data to optimise in the right direction can accidentally exclude key audiences if not done right.

There are plenty of other considerations too, like is the data you're getting access to even accurate? Most attempts to dig into and check data reveal a surprisingly low on target rate for something we hold up as clinically accurate. That's before you even get into the various legal, tech, ethical and consumer challenges that face advertisers over the coming years. Rather than rushing ahead with trials to use more and more later, perhaps we could spend more time looking at context, alternatives and what we're really trying to drive? Though of course there will remain instances where access to data remains a valuable and sustainable competetive advantage.

There are thus some key reasons why layering on more data is not always a quick fix, and why we need to be careful that digital steers us to be relevant to more people not visible to fewer. If strategy doesn’t force marketers to look again at how they apply data, then perhaps shifting legislation and consumer perceptions will soon anyway.

Jerry Daykin is EMEA Senior Media Director at GSK Consumer Healthcare, and also volunteers at Outvertising and the Conscious Advertising Network. GSK presented on responsible and effective data usage at this year’s ISBA Conference on 27th February 2020. If you like what I write then follow me on Twitter.

If you are a brand side marketer who would like to join Brand Innovators Contributor Network, please reach out to dteicher@brand-innovators.com

The Future of Marketing: Five Game-Changing Takeaways From CES