Watch the 10 most viewed video ads so far during March Madness including spots from Invesco, Buffalo Wild Wings, Capital One, Wendy's and more. 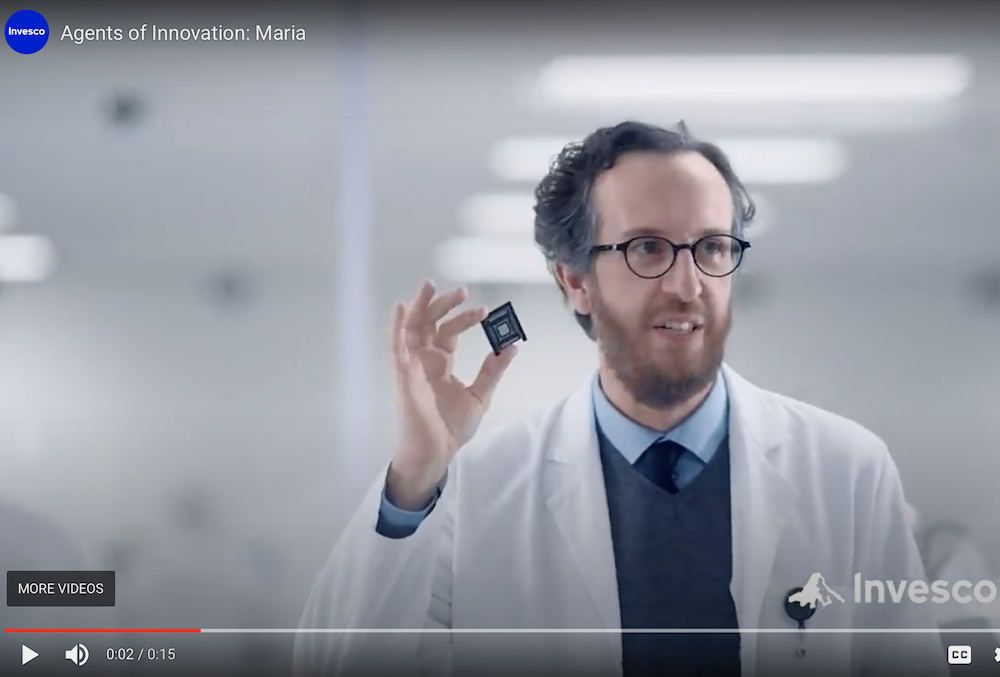 March Madness has returned and brands are looking to reconnect with consumers during this popular college basketball tournament, with many people tuning in to watch online. Invesco, Buffalo Wild Wings and Capital One have topped the list of the most viewed video ads so far, according to data from AcuityAds' True Reach Insights Platform.

"Many campaigns this year acknowledge that the majority of people will be enjoying the tournament from the comforts of their own home and tailored their spots accordingly," said Seraj Bharwani, Chief Strategy Officer of AcuityAds. "BWW is sending wings to people’s homes for free when games reach overtime, Ritz Crackers, Great Clips, and Hy-Vee feature shots of families watching the games from their couches, and Uber Eats touts the convenience of not having to leave your home to get takeout."

Watch these Top 10 Most Viewed Video Ads Below:

"Invesco has partnered with Duke basketball legend and March Madness champion, Grant Hill, to create an augmented reality game. In the game you earn money by making shots. Invesco then takes that dollar amount and tells you how much money you could be making by investing in QQQ," said Bharwani. “The ad is funny and describes regular people as being innovative by passively investing in leading technology companies through the ETF. The spot also takes advantage, whether intentional or not, of the heightened discourse around investing after the GameStop short squeeze. The campaign is seemingly targeted towards a younger audience who as they mature are seeing the need to invest their money, especially when many Americans’ financial situation is so precarious.”

"As a regular March Madness sponsor, BWW missed a huge marketing opportunity last year when the tournament was shut down due to COVID restrictions," said Bharwani. "This year they’ve announced that each time a game reaches overtime, they will be giving away free wings to anyone who has registered for their loyalty program."

"It’s possible that the financial services industry sees March Madness as an opportunity to reach people who are not experienced in investing," said Bharwani. "The pandemic has introduced widespread financial instability for millions of Americans. Half of adults who’ve lost a job due to the pandemic are still unemployed. One-in-four adults have had trouble paying bills and a third of Americans have dipped into savings to make ends meet. More people are seeing how precarious their financial situation is and the financial services sector wants to use this vulnerability to its advantage." Watch the video on Facebook.

Ritz Crackers- "A Snack For Everyone"

"The CPG industry performed rather well in 2020. As working-from-home became the norm for many of us, people bought packaged foods at a greater rate," said Bharwani. "CPG saw more growth in 2020 than in the four-year period of 2016-2020. Pantry items saw the most growth (e.g. Ritz). CPG brands want to maintain this performance and avoid a dip in sales in the latter half of 2021."

"Wendy’s second March Madness campaign, and its most viewed, is Biscuitball," said Bharwani. "The spot is a short 8-second clip promoting its new breakfast sandwich that Wendy’s was giving away for free from March 18th to March 20th. By following up their awareness campaign for the breakfast menu with free food, Wendy’s can more confidently expect consumers to visit their locations. Wendy’s rolled out its national breakfast menu in March 2020, right before the pandemic hit North America. It was the fourth time it attempted such a program and it looks like they’re focused on not failing this time around." Watch the video on Facebook.

"Ritz’s The Manager spot features Reid Demelo, a team manager for a high school basketball team in British Columbia who has Down’s Syndrome," said Bharwani. "Reid went viral in December 2019 after a clip of him sinking a buzzer-beating 3-pointer at a tournament hit the internet. This is second in a line of Ritz ads focusing on inclusivity. Ritz released a holiday ad in 2020 featuring same-sex couples."

Hy-Vee- "We Have Your Family Favorites"

"Wendy’s Choose Wisely campaign is a funny ad featuring NBA legends and current broadcasters, Kenny Smith and Reggie Miller," said Bharwani. "In the spot, Reggie Miller decides to bubble inside a Wendy’s restaurant so he can regularly eat Wendy’s breakfast. This is also a nod to the fact that March Madness this year will require all players, coaches and staff to remain in a bubble in Indianapolis. Using NBA legends in this ad increases the reach of the spot and by extension the awareness of Wendy’s breakfast menu. The fast food breakfast industry is dominated by McDonalds and Dunkin. By focusing this year’s March Madness campaign on their breakfast menu, Wendy’s stands in better position to compete."