Super Bowl LVI will take place at the new state-of-the-art SoFi Stadium in Los Angeles in February 2022, and brands are gearing up for advertising’s biggest night. 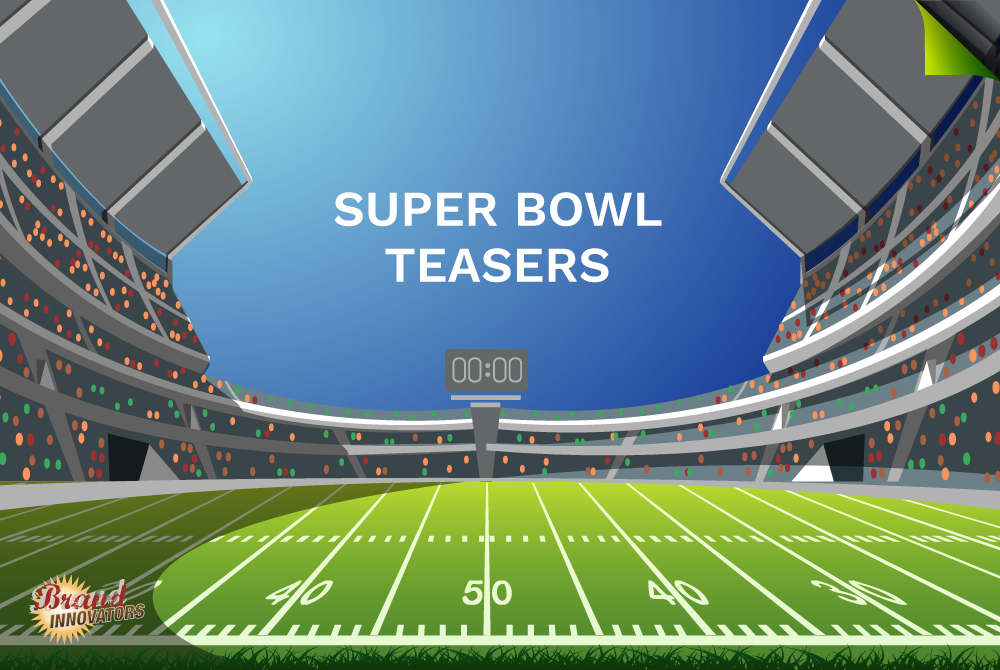 Super Bowl plans are being revealed every day, so we will be updating this tracker in real-time. Check back regularly for updates. Last update January 18, 10:25 pm.

Super Bowl LVI will take place at the new state-of-the-art SoFi Stadium in Los Angeles in February 2022, and brands are gearing up for advertising’s biggest night.

Ads can cost brands a whopping $6.5 million for 30 seconds, and CBS reported selling out 85% of its inventory back in July.

This season’s game comes after the first pandemic-era Super Bowl last year. As new variants continue to appear, the NFL, the networks and brands will have to continue to plan for uncertainty. This shift is causing some perennial advertisers to sit this year out and also opening up inventory for emerging categories such as cryptocurrency.

We will continue to update this tracker as news is revealed. Here is what we know so far.

Vroom confirmed to Brand Innovators that they will be advertising in the Super Bowl this year with a 30-second spot. Anomaly was the agency that Vroom worked with for the ad.

Google confirmed to Brand Innovators that they will be advertising during the Super Bowl.

Lay’s will run a spot during the Super Bowl, promoting its latest limited-edition "Golden Grounds release," made from potatoes grown in soil from NFL stadiums.

Pringles will be back at the Super Bowl for the fifth year in a row. The brand has promised to entertain and bring “with an unexpected twist” in a :30 spot created by the Grey Group. The effort will be supported by a fully integrated campaign including PR, digital and social media.

"We're excited to kick off another year by bringing something fun and completely new to our dedicated Pringles fan base and Big Game viewers," said Gareth Maguire, senior director of marketing at Pringles, in a statement. "Our fans will be both surprised and excited to see us address an age-old problem with a pretty delicious, and 'worth it' risk during the most anticipated sporting event of the year."

The fantasy sports and online sports betting operator made their Super Bowl debut last year with two :15 spots and will be back this year.

DraftKings confirmed to Brand Innovators that they will be airing a national, 30-second spot during the first quarter of the Super Bowl.

Singapore-based cryptocurrency platform Crypto.com will run its first-ever Super Bowl ad this year, according to reports. This comes as the company looks to build brand awareness in the US. Recently, the company bought the naming rights to the former Staples Center in  Los Angeles, which is now called the Crypto.com Arena.

After sitting on the sidelines for the Big Game in 2021, Avocados From Mexico, has revealed plans to return to the event. The brand, which has previously advertised six times at the Super Bowl, confirmed to Brand Innovators that they will produce a 30-second spot at the big game and execute a 360 integrated campaign.

"The Big Game has always been an effective way for us to connect with avocado obsessed consumers. Not only did we first introduce our brand seven years ago at the Big Game, but we've innovated year after year to continue to engage and excite avocado fans," said Alvaro Luque, president and CEO of Avocados from Mexico, in a statement shared with Brand Innovators.. "We took the last year to build on that success, but create something totally different. We're getting ready to launch the most sales-effective campaign we've ever created, integrating shopper, digital and the brand like never before."

In addition to the TV spot, the brand will also run an integrated digital campaign that includes a national shopper program featuring former New Orleans star quarterback Drew Brees who will prepare fans for Super Bowl parties in the "Guac Zone."

Japanese ecommerce firm Rakuten told The Wall Street Journal that they will be at the Super Bowl for the first time ever in 2022. The ad will be used to promote Rakuten Rewards, a shopping-rewards platform the company runs in the U.S., that offers cash back when consumers shop at more than 3,500 stores.

Groupe Renault's Nissan brand is reportedly returning to the Super Bowl this year for the first time in six years. The brand has a :60 spot featuring its highly anticipated crossover vehicle Ariya and the Nissan Z sportscar.

“Artists like Dr. Dre and Snoop Dogg were at the forefront of the West Coast hip hop revolution, so to be able to bring them back to LA, where it all began alongside Eminem, Mary J. Blige and Kendrick Lamar will prove to be an epic, unforgettable celebration of the impact hip hop has today,” said Todd Kaplan, VP of Marketing, Pepsi, in a statement. “The Pepsi Super Bowl Halftime Show has become a landmark cultural moment, bringing about some of the most iconic performances over the years – from JLo and Shakira to Lady Gaga to The Weeknd – and we are thrilled to bring together such an incredible array of talented, record-breaking musicians to put on a performance for the ages.”

Cathleen Ryan, VP of Marketing for Intuit TurboTax, confirmed to Brand Innovators that TurboTax would be at the Super Bowl again this year. While she would not share details about the spot, Ryan said, “it will be in the same DNA as this year’s ‘You do your thing’ brand campaign.”

“We’re excited to once again have a presence at Super Bowl LVI, and it will be our 9th consecutive year that we’ve advertised at the Super Bowl,” said Ryan. “We continue to see value in prioritizing major marquee moments such as the Super Bowl in delivering our messages to consumers. We believe this high-profile presence during games when fans are most leaned-in will provide breakthrough to our messaging. We also have a big brand opportunity to shift consumer perceptions with our new TurboTax Live services, and the Super Bowl gives us an impactful platform to get that message out.”

QuickBooks has kicked off a new campaign aimed at the 17 million new small businesses that are predicted to form in 2022, and this effort will include a Super Bowl ad. The integrated campaign is focused the importance of getting an “early start” in order for a business to succeed.

“Small business owners just starting out are often uncertain about how to manage critical business operations like paying employees, accessing capital or getting paid,” said Dan McCarthy, senior vice president, chief business officer at Intuit, in a statement. “Yet they are filled with passion, perseverance and grit to make their dreams of owning their own business come true. The QuickBooks ‘Early Start’ campaign demonstrates this duality by spotlighting candid stories from small business owners who possess the tenacity and drive that goes into starting a business while also highlighting how the QuickBooks platform can help them grow and succeed from day one.”

Brands Sitting Out This Year

After 12 years of running ads during advertising’s biggest night for brands including: M&M’s, Skittles or Snickers, Mars Wrigley is reportedly sitting out this year.

After debuting at the Super Bowl last year, the payment services brand confirmed to Brand Innovators that they will not participate in the Super Bowl this year.

After debuting at the Super Bowl last year, the job searching site confirmed to Brand Innovators that they will not participate in the Super Bowl this year.

After debuting at the Super Bowl last year, the freelance marketplace confirmed to Brand Innovators that they will not participate in the Super Bowl this year.

"As of right now, we don't have plans to run an ad in this year's Super Bowl," said a spokesperson. :We are continuing to build our brand recognition by investing in other marketing channels."