Maybe those older generations were on to something with their ad-supported entertainment models. 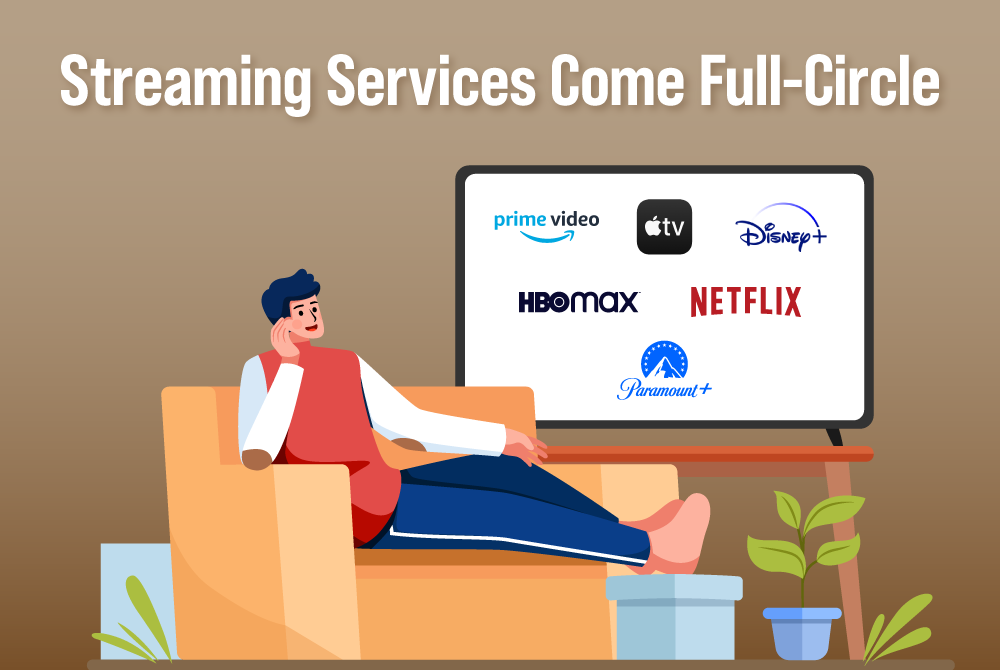 Maybe those older generations were on to something with their ad-supported entertainment models.

As competition gets fierce and subscribers get scarcer, streaming services – particularly the ones that relied on subscriptions in the past – are turning to paid advertising to keep their revenues up, shareholders invested, and remain relevant.

“I’ve long held a belief that generally speaking, there’s going to be a relatively short list of streaming services that are must-have,” Jason Kilar, former CEO of WarnerMedia, told Vulture’s “Buffering” newsletter earlier this year. “I just think that we’re about to see, in the next 36 to 48 months, a fair bit of changes to the chessboard,” he added.

Most notably, Netflix, which launched its ad-supported tier in early November and is working on monetizing password sharing, issued a letter to shareholders asking them to focus on revenue and profits, not necessarily subscriber growth as it did in its early days.

“Focusing on subscribers in our early days was helpful, but now that we have such a wide range of price points and different partnerships all over the world, the economic impact of any given subscriber can be quite different,” Spencer Wang, Netflix’s vice president of finance, said during the company’s earnings call. “That’s particularly true if you’re trying to compare our business with our streaming services.”

That may be because the other streaming services are gaining subscribers. Disney+, for instance, has more than 152 million subscribers (compared with Netflix’s 220 million globally) and continues to gain ground. The service added 10 million subscribers in its third quarter of this year and forecasted it would have between 215 million and 245 million by 2024.

In its Q3 earnings report, Paramount revealed its streaming service, Paramount+, gained more than 4.6 million subscribers (bringing its global total to more than 67 million), and its revenue grew 95%. Similarly, Warner Bros., in its Q2 earnings, said the combined services of HBO, HBO Max, and Discovery+ totaled more than 92 million, an increase of 1.7 million for the quarter. While Apple does not provide guidance on its Apple TV+ subscriber numbers, analysts estimate the service has between 20 million and 40 million paid accounts.

Currently, the average streamer pays for just under five streaming services, according to Kantar. Subscription growth has already started to plateau and should fear of a looming recession ring true, cancellations of those services may begin to accelerate. In order to stay on consumers’ priority lists, streamers are looking to develop “must-watch” content, some of which can be expensive to produce and license.

Amazon’s Lord of the Rings spin-off, “Rings of Power,” is the most expensive TV show ever made (its budget is estimated at upwards of $450 million for an eight-episode season), and HBO Max’s 10-episode season of “House of the Dragon” reportedly cost $200 million in production costs. Apple is reportedly spending $2.5 billion over ten years for the rights to stream Major League Soccer games. Meanwhile, Netflix spent a whopping $17 billion on all of its content in 2022, and Disney was expected to spend nearly twice that, $33 billion.

That’s a number Netflix CEO Ted Sarandos says he can live with. “I think we’re spending at about the right level,” Sarandos said during the company’s recent earnings call. “And as we reaccelerate revenue, we’ll revisit that number, of course. But we’re a pretty disciplined bunch about that.”

And what is the key to their plans (and nearly everyone else’s) to “reaccelerate revenue”?

Nearly every streaming service either has an ad-supported tier currently or is going to introduce one in the near future. After years of holding out, Netflix launched its ad-supported service in early November, and Disney+ is expected to launch its own version in early December of this year. While Amazon’s plans are a little harder to suss out (as much of its video services are tied to the larger Amazon Prime subscriptions), Apple is also rumored to be developing ad-supported plans for both its original and MLS content to launch early next year.

“[Consumers] need advertising-supported models so that they can balance their bank accounts,” Kelly Metz, managing director of Advanced Television Activation of Omnicom Media Group, told The New York Times earlier this year. “There’s a ceiling on what the U.S. consumer can practically afford, just like what we saw back in the day with cable television.”