Smirnoff Proclaims Itself a Vodka for All

At a time when our world feels more divided than ever, Smirnoff is hoping to remind people they share more qualities than they have differences. 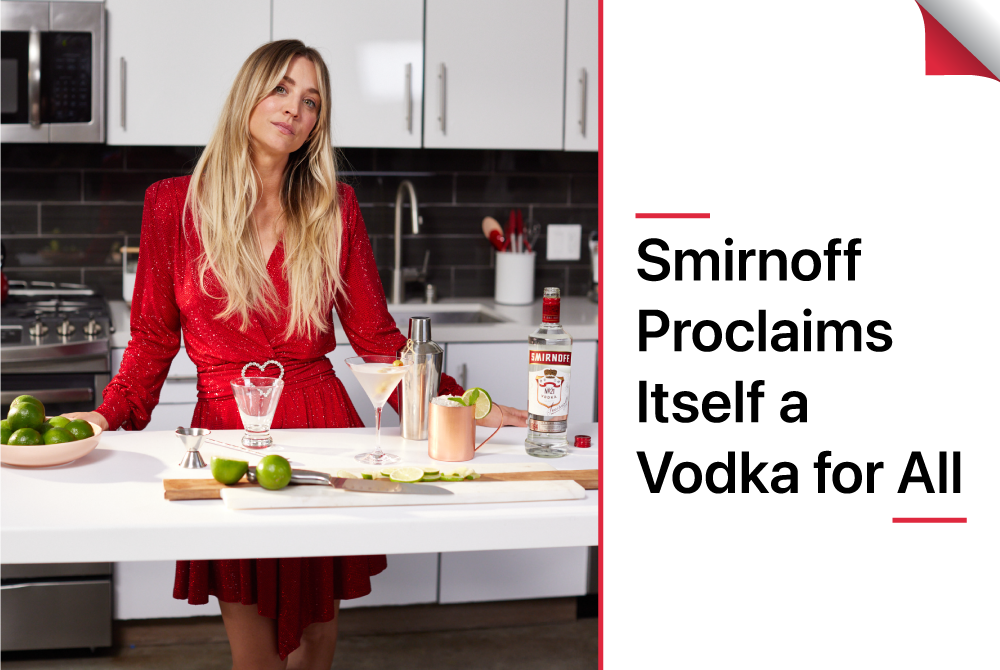 At a time when our world feels more divided than ever, Smirnoff is hoping to remind people they share more qualities than they have differences.

The venerable vodka brand has launched a new campaign, “Vodka for the People,” that unites all the company’s products under a single brand umbrella of inclusivity and bringing people together.

“At its core, ‘Vodka for the People,’ highlights Smirnoff’s dedication to elevating the cultural conversation that amazing things can happen when everyone is invited to the party,” said Jennifer Holiday Hudson, Smirnoff’s North American brand leader. “Because the future belongs to the people, and we’re excited to give them what they want.”

The campaign includes commercials featuring television personalities Kaley Cuoco and Anthony Anderson. In the first commercial, Cuoco sets the stage, acting as a host and party leader creating and passing out Smirnoff drinks in a variety of locations (an apartment, on a rooftop), set to the tune of Ptibull’s “I Feel Good,” which was customized for the commercial. “Sometimes you just gotta give the people what they want,” Cuoco says to conclude the spot. The spot featuring Anderson depicts the actor and his mother (“Mama Doris”) fixing drinks. Anderson pours while his mother adds the garnish. Though Anderson notes that they are in his house, Mama Doris says, “This is my kitchen, and I know what the people want.”

“Kaley and Anthony embody a similar ethos with the Smirnoff trademark – they bring everyone in for the fun through their likability and humor,” Hudson said. “They are the people you want to have a rooftop party or watch a good game with as seen in the recent ‘Vodka for the People’ ads.”

The “Vodka for the People” campaign will set the stage for future Smirnoff campaigns featuring different products under the brand’s trademark and other influencers and talent, Hudson said. “Over time we will continue to listen to the people and focus our efforts on what they want to enjoy both in our drinks and in life,” she said.

Smirnoff, as part of the Diageo family of brands, will be one of the first-ever official spirits sponsors of the National Football League. As part of this relationship, Smirnoff will launch a campaign featuring Anderson showing up at fans’ watch parties and other integrations and digital content.

“This partnership comes at an awesome time for us at Smirnoff as we now have a brand-new platform in the market, which was built for partnerships that appeal to a wide range of audiences,” Hudson said.

Finally, as part of the campaign, the brand announced it would launch a new “Smirnoff for the People Fund” charitable effort. The new fund will support communities, organizations and individuals that embody the “Smirnoff way” of inclusivity. In recent years, the brand has given more than a million dollars to organizations such as The HRC, The Phluid Project, Transgender Law Center and Black Girl Ventures. The brand will use the new fund to continue such contributions and give back in other ways, Hudson said.