Reese’s Suits Up for Olympic Games

With fewer than 100 days to go until the Tokyo Olympic Games (and some questions about whether they will happen or what the games will look), Reese’s is diving in head-first with three of the United States’ top swimmers. 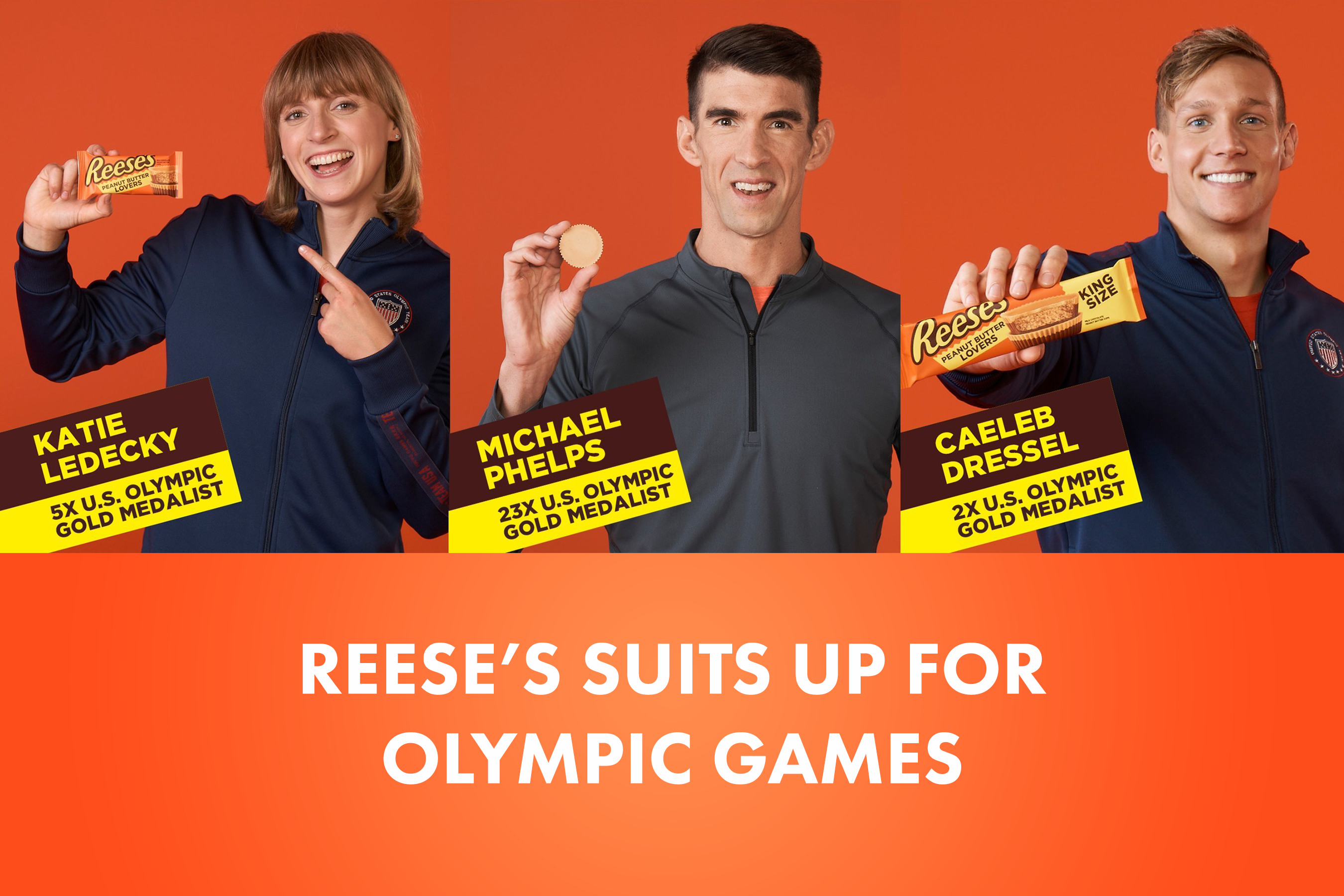 With fewer than 100 days to go until the Tokyo Olympic Games (and some questions about whether they will happen or what the games will look), Reese’s is diving in head-first with three of the United States’ top swimmers.

The Hershey’s brand has enlisted former Olympians Michael Phelps, Katie Ledecky and Caeleb Dressel to promote its latest line extension, Reese’s Ultimate. The new product, which is a peanut butter shell surrounding a peanut butter filling, is the brand’s first peanut butter cup without chocolate in its 90-year history.

“Like everyone, the delay of the 2020 Olympic Games forced us to pivot our marketing plans,” said Margo McIlvaine, Reese’s brand manager. Rather than launching an Olympic-themed effort, the brand promoted its Peanut Butter Lovers and Chocolate Lovers cups, she said.

With the Olympic Games scheduled to return this year in Tokyo, the brand opted for a triple play of “ultimate athletes” for the new product launch, McIlvaine said. “As America’s number one chocolate brand, we couldn’t settle for anything other than the best,” she said. “These three know exactly what it takes to be the ultimate, and we welcome them to the Ultimate Team Reese’s.”

Phelps will be the featured athlete in the brand’s marketing campaign, appearing in a short commercial.  The spot features the brand’s iconic orange background and product shot as a voiceover claims the peanut butter cups “are so peanut buttery, they don’t need a celebrity endorsement.” At that point, an incredulous Phelps appears to ask “Seriously?” The voiceover tells Phelps to “Grab some cups on your way out.”

In addition to the commercial, the brand will leverage its social channels and fanbase to promote the limited-time product throughout the summer. While Phelps will not be competing in the games, both Ledecky and Dressel are hopefuls to compete this summer.