The United States is facing a skilled trade professional gap. For every five people who are leaving the skilled trades – contractors, woodworkers, plumbers, electricians, etc. – only one new person joins. 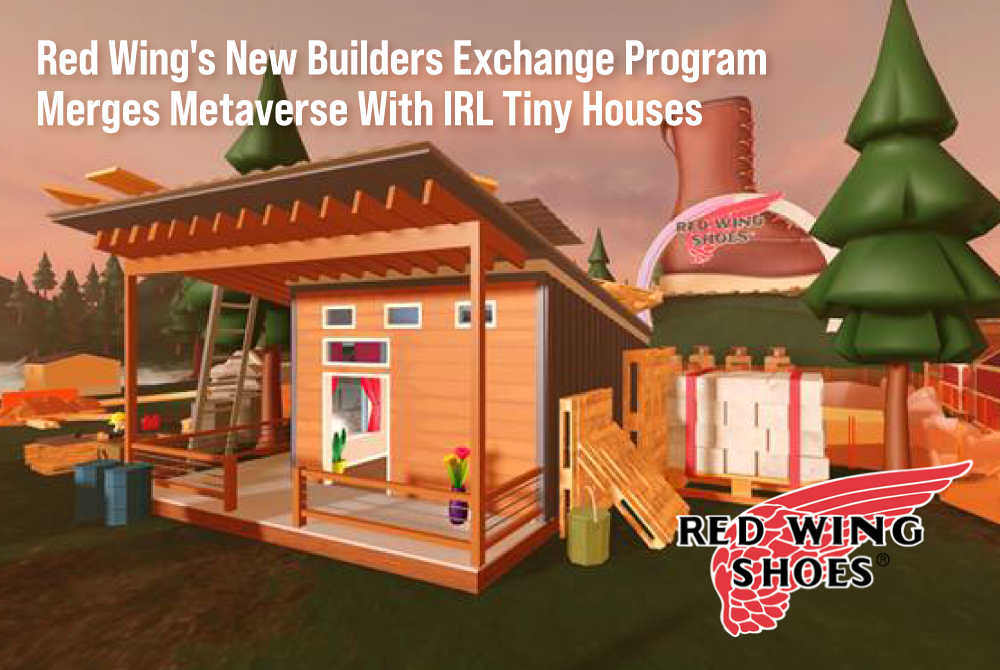 The United States is facing a skilled trade professional gap. For every five people who are leaving the skilled trades – contractors, woodworkers, plumbers, electricians, etc. – only one new person joins.

As a company whose business is geared toward providing footwear for skilled tradespeople, Red Wing Shoes is seeking to change that equation through a new initiative that seeks to connect the virtual builders on Roblox with their real-life counterparts.

“We know people are building stuff in the metaverse,” said Dave Schneider, chief marketing officer at Red Wing. “We’re looking to take the best of their work and combine it into the real world.”

Launching November 15, the “Builders Exchange Program” encourages metaverse gamers to visit Red Wing’s Builder Town in Roblox, where they can build virtual tiny homes. For every home built, Red Wing will make a donation to Settled, an organization that creates tiny-home villages for the homeless.

“For every person who plays the game, we will make a donation that will fund the building of a future tiny home,” Schneider said.

To bring the program to life, Red Wing created a promotional film that depicts virtual developer Naomi Clemens with real-world contractor Kemi Ndolo to take a virtual design and re-create it in the real world. The film, which runs over two minutes in its longest form, will be cut into segments for distribution on various channels.

While the bait is getting people to play the game and help the homeless, the ultimate intent of the effort is to get Roblox players, most of whom are younger, thinking about how the building and work they do in the metaverse can be applied to the real world. The hope is that consideration will lead more people into the skilled trades and create “a pipeline for our business,” Schneider said.

“The intent is to create interest and appeal for the next generation,” he said. “What we’re trying to do is normalize the thinking that the skilled trades are a viable career path.”