Ram BandVan Gets Back on the Road

For up-and-coming bands (and even many of the established acts), life on the road is the name of the game. The time spent in a van traveling between gigs is such an essential part of band life, it even spawned a documentary film. 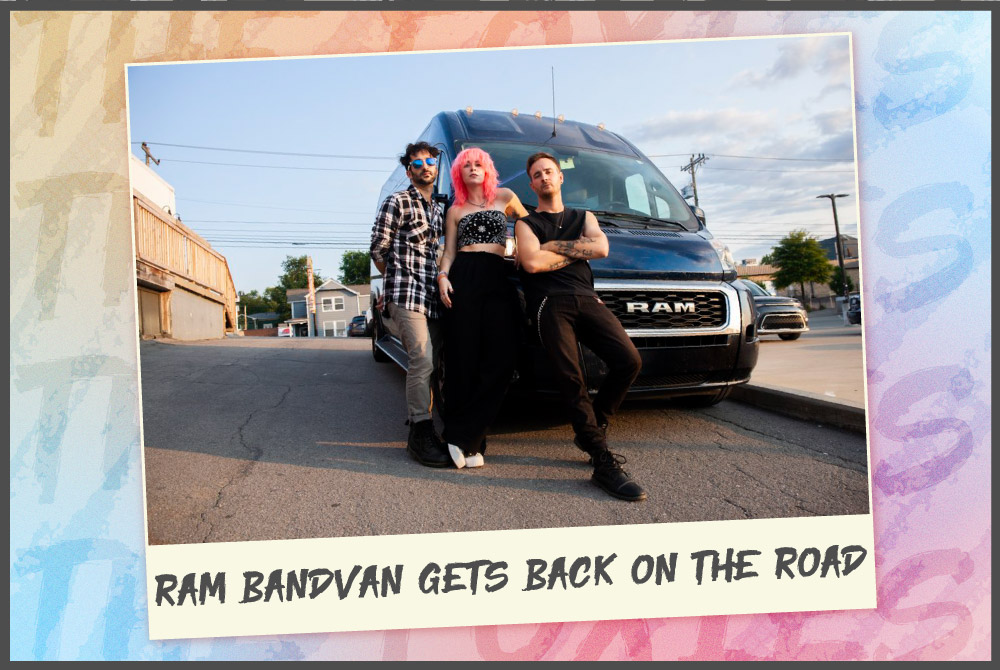 For up-and-coming bands (and even many of the established acts), life on the road is the name of the game. The time spent in a van traveling between gigs is such an essential part of band life, it even spawned a documentary film.

As venues reopened this summer and bands returned to the circuit, Chrysler’s Ram Trucks resurrected its “BandVan” promotion, aptly named the “Back to Live Tour.” The promo grants bands a spacious, comfortable, reliable and renovated Ram ProMaster van in which they can travel for a leg of their tour.

“For these hardworking bands, the greatest expense is the transportation,” said Jeff Summers, head of advertising for Ram Trucks. “We wanted to get them on the road to these gigs that are a part of their livelihoods.”

While previous campaign iterations mainly leveraged the band’s and brand’s social channels, this year’s campaign was a little bigger, featuring behind-the-scenes footage of the tour along with testimonials from band members about life on the road. In one video, Matt Myers, lead singer of Houndmouth, talks about how the BandVan Back to Live Tour helped break the existential funk he had been feeling during the COVID-19 lockdowns.

“I even had a personal question [of] if I wanted to do this anymore,” he says in the video. “So to be able to play [again] is pretty cool. The Ram BandVan has changed the way we’ve been touring the past few weeks. It’s been pretty luxurious compared to how we operate.”

Other bands featured in the promo were Radkey, The Foxies and Michigander. In addition to sharing their stories on the brand’s and the bands’ social channels, a partnership with Sirius XM and Pandora helped promote the bands and their tours, Summer said.

“Ram stands for courage, hard work and integrity, and we wanted to show how this connects to the same qualities as these bands,” Summers said. “We wanted BandVan to be a character in their story and amplify where they were going and how a brand like Ram can help them get there.”

This year’s BandVan promo received a huge boost from the involvement of Dave Grohl and the Foo Fighters, Summers said. As the band approached its 25th anniversary in 2020, members planned a “back in the van” stunt in which it returned to touring in their original van. In advance of the tour, Grohl directed a documentary, “What Drives Us,” spotlighting the instrumental role a van plays in a band’s life. The documentary featured the Foo Fighters’ original Ram van (which Grohl still owns).

The Foos’ van tour was ultimately scuttled by the COVID-19 pandemic. But when the band returned to touring earlier this year, they supported the Back To Live Tour by offering ideas about which bands should participate this year, Summers said. (Radkey was an opening act for many of the Foos’ North American shows.)

“We were going to do more of our grassroots [marketing], and it turned out the Foo Fighters saw our program,” Summers said. “They recognized how it profiled bands that were just like them and trying to make a go of it.”

‍
Separately, but relatedly, Ram recently launched a national advertising campaign that features Grohl narrating “how to make a rock star” (in areas that go beyond music, such as sports and academics), as well as the Foo Fighters recent hit “Making a Fire.”