Manscaped is getting into the holiday spirit, bringing spokesman Pete Davidson (along with his mother) out for a new holiday-themed advertising campaign. 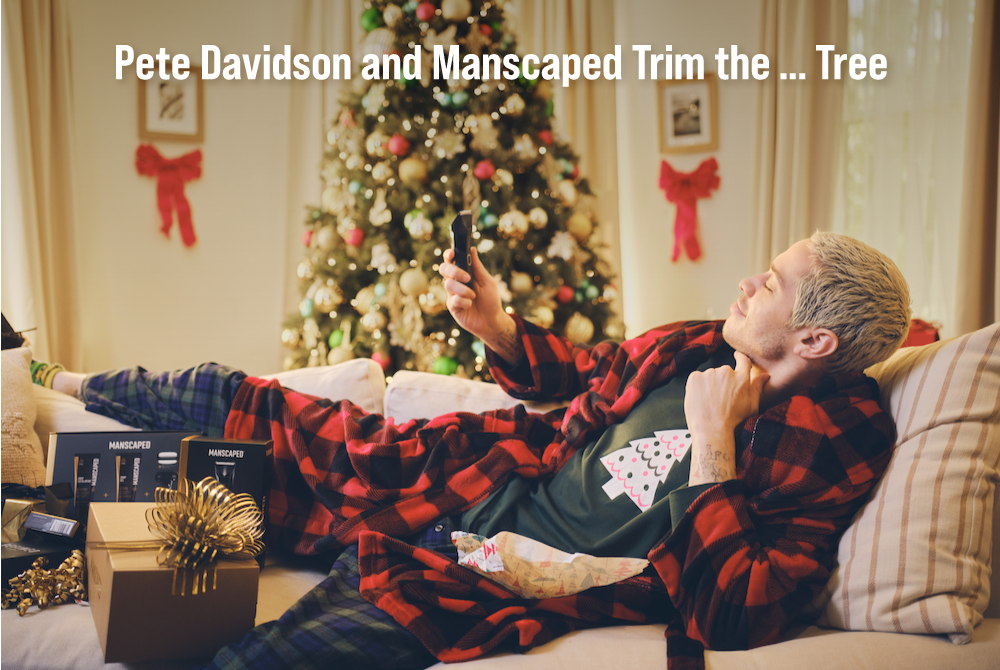 Manscaped is getting into the holiday spirit, bringing spokesman Pete Davidson (along with his mother) out for a new holiday-themed advertising campaign.

The new commercial features Davidson and his mother, Amy, in their living room for Christmas morning. While wearing their coziest pajamas, Amy hands her son one last package that turns out to be a Manscaped Performance Package 4.0. While going through the gift, however, Davidson discovers that a trimmer piece is missing. Upon searching the room, Davidson finds the missing piece, along with a note wishing him a “Smooth New Year.” Confused, Davidson then notices a trail of white hair leading to the fireplace, sending him into disgusted shock.

Davidson and Manscaped launched their partnership earlier this year via a 30-second commercial that featured the former SNL star ad-libbing about the company’s grooming products. The reported four-year deal will involve having Davidson appear in sketches, campaigns and other marketing activations for the company.

“This [new] spot speaks volumes about the true nature of the partnership between Pete Davidson and Manscaped. In a funny but authentic way, it shows how we ended up coming together,” said company chief marketing officer Marcelo Kertész, in a statement. “Not many people know, but in real life it was Pete’s mom, Amy, that introduced him to the brand, giving him a Lawn Mower as a holiday gift.”

The holiday spot will run on the brand’s YouTube channel, as well as on social, streaming, and traditional broadcast television through the holiday season.