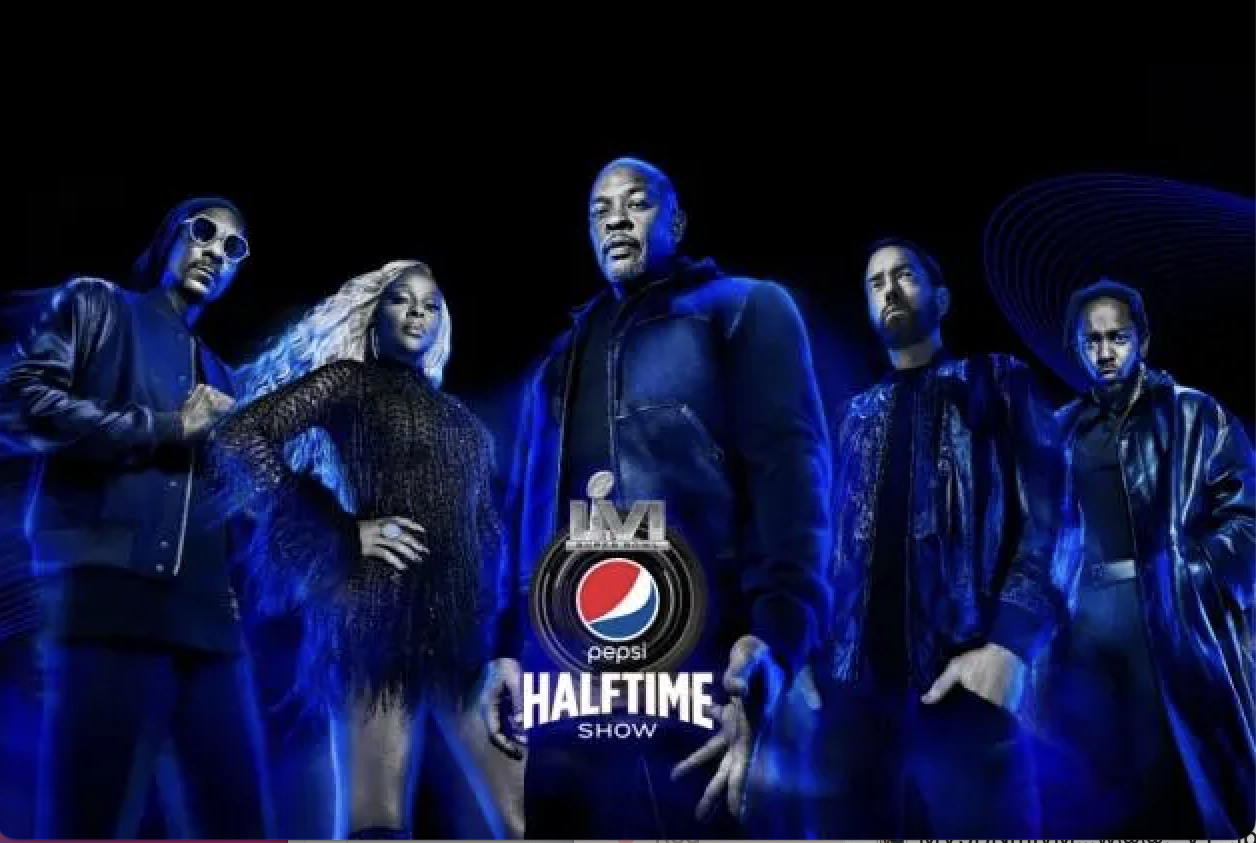 Pepsi, the NFL and Roc Nation just revealed the performers for the event, which will take place at SoFi Stadium in Inglewood, CA on Sunday, Feb. 13, 2022. The event will be  airing on NBC and Telemundo and streaming live on Peacock.

“Artists like Dr. Dre and Snoop Dogg were at the forefront of the West Coast hip hop revolution, so to be able to bring them back to LA, where it all began alongside Eminem, Mary J. Blige and Kendrick Lamar will prove to be an epic, unforgettable celebration of the impact hip hop has today,” said Todd Kaplan, VP of Marketing, Pepsi, in a statement. “The Pepsi Super Bowl Halftime Show has become a landmark cultural moment, bringing about some of the most iconic performances over the years – from JLo and Shakira to Lady Gaga to The Weeknd – and we are thrilled to bring together such an incredible array of talented, record-breaking musicians to put on a performance for the ages.”

As part of the activation, Pepsi and the NFL are also sponsoring the magnet school founded by Regional School #1 in South Los Angeles. The high school is part of the USC Iovine and Young Academy program, which was created by Jimmy Iovine and Dr. Dre. The school offers an educational model centered around integrated Design, Technology, and Entrepreneurship. Pepsi and the NFL will collaborate with the school and the local community to develop learning experiences and industry internships.

“The opportunity to perform at the Super Bowl Halftime show, and to do it in my own backyard, will be one of the biggest thrills of my career,” said Dr. Dre in a statement. “I’m grateful to JAY-Z, Roc Nation, the NFL, and Pepsi as well as Snoop Dogg, Eminem, Mary J. Blige and Kendrick Lamar for joining me in what will be an unforgettable cultural moment.”