PepsiCo is giving the Big Apple a taste of its own medicine in the form of Manzanita Sol soda, with flavors inspired by Latin America and the Caribbean. 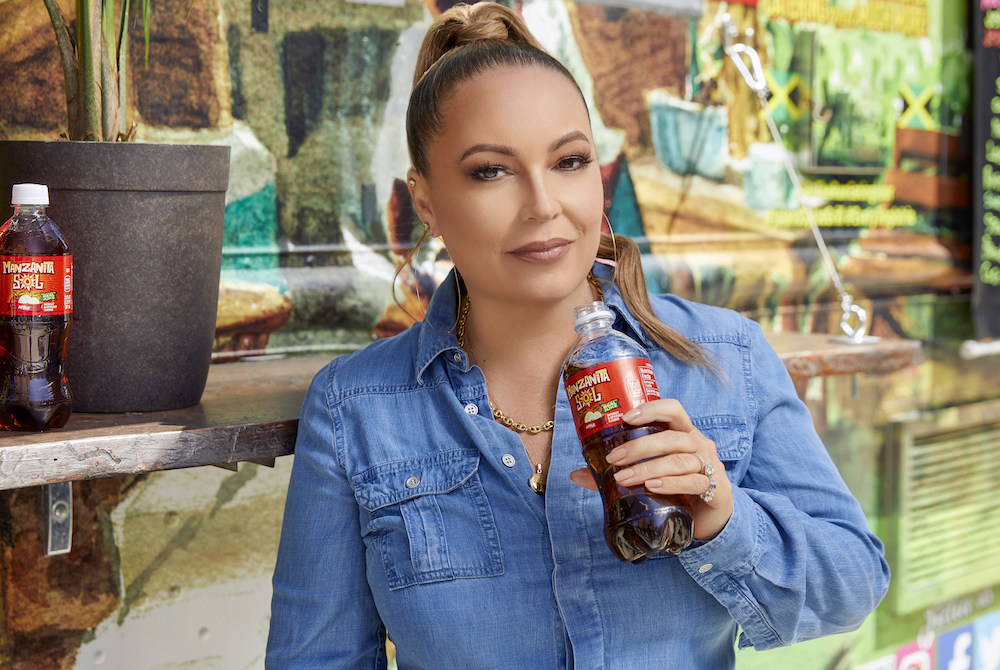 PepsiCo is giving the Big Apple a taste of its own medicine in the form of Manzanita Sol soda, with flavors inspired by Latin America and the Caribbean.

“Manzanita Sol is a beloved brand that is very well established in the West and South, and it made sense to expand its reach to delight consumers in new markets,” said Esperanza Teasdale, vice president and general manager of the Hispanic Business Unit for PepsiCo Beverages North America. “The past year, we learned a lot about multicultural beverage preferences and values and, with these learnings, we felt the timing was right to extend the brand to NYC in a way that felt culturally rooted but locally relevant.”

Teasdale described the brand’s target as people who are “optimistic (who) value experiences and are curious to uncover life’s opportunities.” To that end, the brand has enlisted “Voice of New York” and radio personality Angie Martinez to promote the product.  In a three-minute video, Martinez visits Island Spice Grill, a Jamaican and Caribbean-themed food truck in New York City.

“Angie is a quintessential New Yorker who authentically speaks to the voice and energy of the city,” Teasdale said.  “As a familiar voice of the city, she embodies the resilience, empathy, and true New York spirit that aligns with what Manzanita Sol stands for.”

In the video, Martinez asks the owners about how they have been affected by the pandemic. The truck remained open and helped provide relief to New York City’s essential workers, says Chef D, who owns Island Spice owner with his wife Roxanne. “There were so many people in need of food,” he says. “We would take our food to the hospitals and feed all of the hospital workers. That’s one of our biggest prides.”

Chef D also explains how Manzanita Sol pairs with his food through its crisp apple flavor. “I think it will go very well with our jerk chicken,” he says.

Island Spice Grill is one of four Black and Latin-owned food trucks participating in a launch promotion that will provide free meals and Manzanita Sol on April 17 and 18. The other participating trucks are: Lechonera La Piraña (Puerto Rican), El Punto Final (Dominican), Nio’s Trinidad Roti (Trinnidadian). In addition, the company is giving each vendor $10,000 to support their business.

“We felt that partnering with local food trucks was a great way to support small businesses that make an impact in these important consumer communities,” Teasdale said. “We wanted to give back to those cultures’ communities that make up a large part of the soul of New York, particularly after a hard year.”

Behind the Brand: PepsiCo Labs

Innovator Insights: Are Traasdahl from Crisp