New Gap Campaign Takes Inspiration From The Past

In many ways, The Gap’s new “Generation Good” marketing campaign is the brand reclaiming its roots of individual expression in service of bigger ideas. The campaign, which launched on the brand’s owned and social media channels this week and will see a mass media rollout in March, features several generations of activists, artists and other creators. 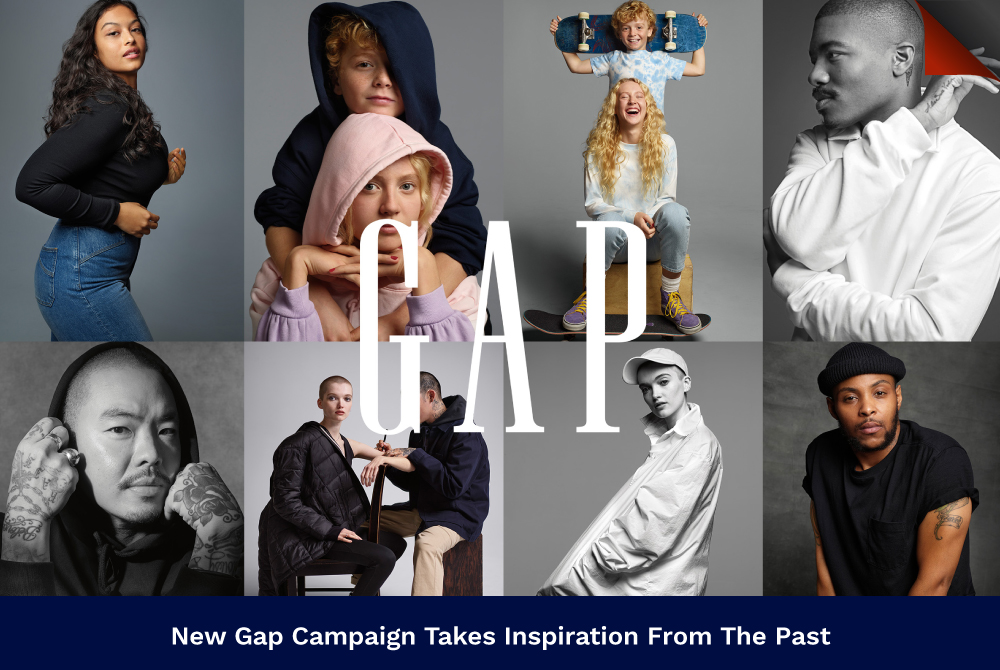 In many ways, The Gap’s new “Generation Good” marketing campaign is the brand reclaiming its roots of individual expression in service of bigger ideas. The campaign, which launched on the brand’s owned and social media channels this week and will see a mass media rollout in March, features several generations of activists, artists and other creators.

“These are individuals who are being who they are and doing things that are bigger than themselves,” Mary Alderete, chief marketing officer for Gap Inc., told Brand Innovators. Among the notables featured in the campaign are: tattoo artist Dr. Woo, advocate and co-editor of Black Futures Kimberly Drew, chef Melissa King, anti-bullying activist Nandy Hildebrand, transgender youth activist Rebekah Bruesehoff, and dancer Mikhail Baryshnikov.

The Generation Good campaign highlights The Gap and Gap Teen brands. The Gap campaign, shot by director and photographer Mark Seliger, depicts the activists and artists dancing, lounging, and interacting on the set, looking comfortable and natural in their Gap clothing. The spot features Michael Kiwanuka’s “You Ain’t The Problem” as a soundtrack.

The Gap Teen commercial features The Who’s “My Generation” as a soundtrack and depicts its subjects in more varied settings, such as outdoors, in a bedroom, or in an art studio. As with the Adult ad, the teens are shown looking comfortable and natural in the clothing.

“[Our customers] are uniquely themselves and want to be a part of something bigger than themselves,” Alderete said. The campaign will dig deeper into the individuals’ stories and passions in other videos and content.

In addition to reclaiming the company’s core values, the campaign took some inspiration from the brand’s iconic “Individuals of Style” campaign. That campaign featured celebrities such as Spike Lee, Whoopi Goldberg and Joan Didion wearing Gap basics clothing. The print campaign, which drew wide attention and acclaim, was shot by Annie Leibowitz.

“We wanted to create something that tapped into those core ideals of individuality,” said Alderete, who took her position at Gap in February 2020. “When my creative partner [Gap Global Creative Director Len Peltier] came to the brand, we agreed we wanted our marketing to lead with values. It had previously been about product.”

Last fall, the brand launched campaigns for its Gap and Gap Kids brands. The Gap campaign, called “Stand United,” was a call for unity during a divided time and a reorientation to the brand’s founding American optimism platform. The campaign featured Kristina Train’s cover of The Youngbloods’ 1969 song “Get Together” and included partnerships with When We All Vote and Rock the Vote. The GapKids “Be the Future” campaign launched on International Youth Day and featured a number of youth activists. A holiday campaign called “Dream the Future” built upon those ideas.

The new Generation Good campaign evolves those ideas even further to express the ideals of individual expression, inclusion and optimism. “The narrative is the same; it’s just a change in how we express it,” Alderete said. “This is a platform that could span across more than one season.”

Gap Inc. is surrounding this campaign with other activism elements. First, the company is making a $200,000 donation to 15 Percent Pledge, which calls upon retailers to devote a minimum of 15% of their shelf space to Black-owned businesses. In addition, Gap Inc. has committed to increasing its pipeline programs to improve access and opportunities for members of the Black community within its family of brands.

The brand will also launch a namesake Generation Good collection made of organic and recycled materials on World Water Day on March 22. The brand will feature similar collections around other events throughout the year, Alderete said.