My Little Pony Moves Into the Metaverse

When trying to reach kids, you need to go where the kids are. So, My Little Pony has ventured into the metaverse. 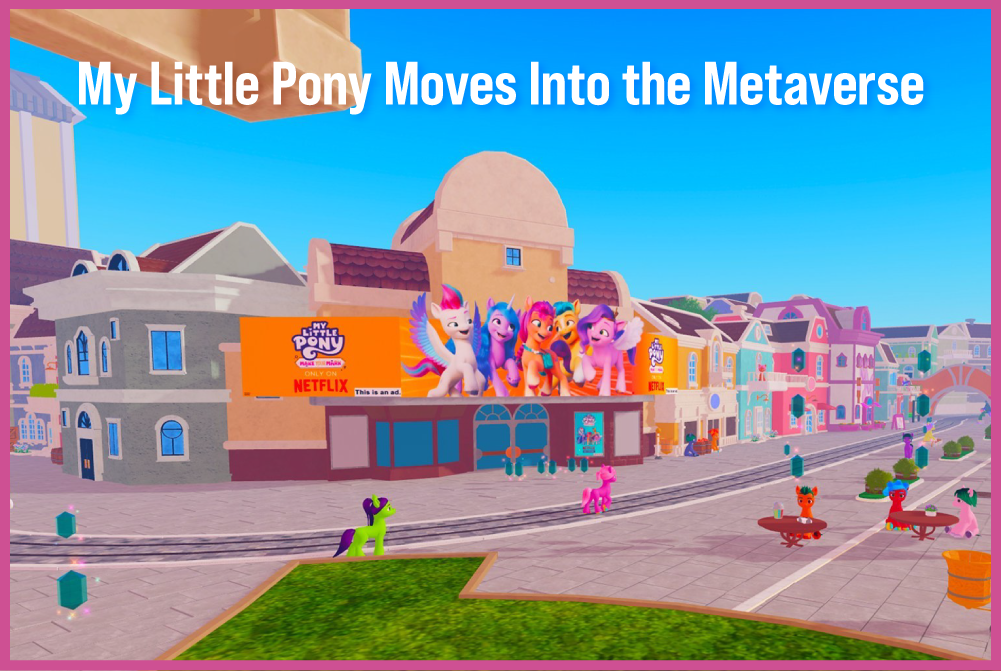 When trying to reach kids, you need to go where the kids are. So, My Little Pony has ventured into the metaverse.

“We want to be everywhere that kids are, and we know they’re gaming in the metaverse and are starting to expect interactions with their favorite brands there,” said Jessica Murphy, senior vice president of entertainment brand marketing for Entertainment One.

The venerable toy and entertainment brand has launched a new game, “Visit Maretime Bay,” on the Roblox platform. The game recreates a location in the Netflix series “My Little Pony: Make Your Mark,” where “everyone is welcome, and self-expression is free.”

“This new generation of ponies is only a year old, and this series is the first drop of significant content [around them],” Murphy said. “There is a lot of fan-generated content, and this gives us an official platform to control our story.”

As a way to give players an immersive experience, the game offers a twist in which players, upon entering Maretime Bay, automatically transform into a customizable pony avatar. Once in the virtual world, players can collect crystals, take pictures with the “Mane 5” ponies of the show, and play a series of minigames where they can earn badges developed along the lines of the ponies’ “cutie marks.”

“We wanted to make sure we’re promoting our brand purpose of self-expression,” Murphy said of the customizable avatars. “By putting the self-expression element in, we are reinforcing that and our value of friendship.”

Because the target audience is largely children, the brand has implemented extra security measures, such as eliminating the chat feature for non-connected users, as well as monetization through the Robux currency. Instead, the brand developed a crystal-based economy that can be used to redeem avatar customizations.

“We made our own digital currency within the game that you can gain by interacting with the characters,” Murphy says. “We felt this was appropriate for our target audience.”

The Roblox activation is part of an overall “Visit Maretime Bay” campaign, developed with agency Media.Monks. The campaign positions the fictitious location as a hot new vacation spot for families. The effort includes a partnership with TripAdvisor (marking the first time the company has worked with a children’s entertainment brand).